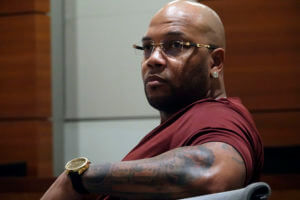 According to the lawsuit, “Flo Rida maintained a successful endorsement partnership with Celsius which was highly effective in opening new doors for Celsius and its products.”

“As a music industry superstar and international icon with millions of digital followers, Flo Rida played an instrumental role as the worldwide brand ambassador and launched a new era for Celsius brand development, growth and expansion,” the lawsuit states.

The partnership, brokered by Wellington-based D3M Licensing Group in 2014, “paved the way for Celsius to grow its product portfolio” and expand distribution into major retailers, the lawsuit claims.

According to the lawsuit, the deal guaranteed payments to Flo Rida, whose legal name is Tramar Dillard, his Hialeah-based Strong Arm Productions and D3M when certain benchmarks were reached.

“Yet, once the benchmarks were reached and product revenues triggered additional royalties, Celsius failed to deliver the required compensation to which Flo Rida, Strong Arm and D3M were entitled,” the lawsuit alleges.

“Celsius enjoyed Flo Rida years ago and wishes him all the best, but is disappointed he is participating in this litigation. We take our relationships and obligations incredibly seriously and look forward to vigorously presenting our defense in court.”

This story was originally published Jan. 10 by WPTV in West Palm Beach, an E.W. Scripps Company.