SPRINGFIELD, Mo. (AP) — A 29-year-old Springfield man has been sentenced to life in prison in the 2019 death of a 7-month-old baby. 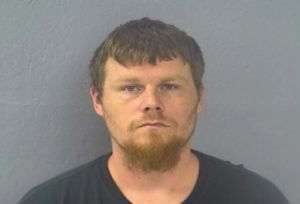 The Springfield News-Leader reports that child’s mother and prosecutors asked for the life term before 31-year-old Marc Carrier was sentenced Friday. It was the maximum sentence allowed after Carrier pleaded guilty in August to abuse or neglect of a child which resulted in death and second-degree felony murder. The defense asked for a 10-year sentence.

According to court documents, the baby wasn’t breathing when emergency crews rushed to the home where Carrier also was watching several other children while the mother was at work. The child was pronounced dead at the scene.

An autopsy revealed the baby had injuries consistent with being shaken, according to court documents.