ANCHORAGE, Alaska (AP) — A man who stars on a TV show called “The Bear Whisperer” has been accused of illegally killing a black bear in Alaska’s Kenai Fjords National Park and lying about where it was killed. 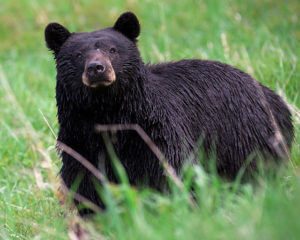 An online court records system did not show an attorney listed for Anthony. There was no immediate response to an email seeking comment sent to Nature Productions Inc. on Thursday by The Associated Press. The charging documents said Anthony is the company’s sole shareholder.

Hunting is prohibited in the park, which is at the edge of the Kenai Peninsula. Black bears, brown bears, mountain goats and moose are among the wildlife found in the park.

Prosecutors alleged that Anthony and Nature Productions Inc. used footage from hunting trips in 2015 and 2017 in episodes of the show, “including footage of two black bear kills within the Kenai Fjords National Park.”

The charges are related to a 2017 incident in which prosecutors allege Anthony shot and killed a black bear inside the park. The charging documents said he falsely reported where the bear was killed.

The documents said Anthony participated in at least eight black bear hunting trips on and around the Kenai Peninsula between 2011 and 2019 and was accompanied on the trips by a film crew on a boat operated by a person identified only as a resident of Alaska.

A virtual arraignment hearing is scheduled for next month.

The Anchorage Daily News reported that “The Bear Whisperer” first aired in 2011 and is a hunting show that focuses on Anthony’s interactions with animals. A website for the show said it was “under construction.”