PONTIAC, Mich. (WXYZ) — “He was just such a light to everyone,” Stephanie Croney said about her 25-year-old nephew Daniel Brotemarkle who was shot and killed Monday afternoon. 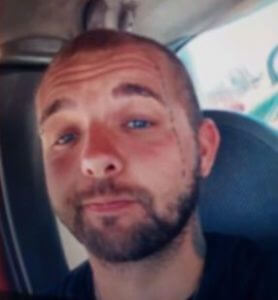 Pictured here is the victim, 25-year-old Daniel Brotemarkle, who was fatally shot after an altercation with his supervisor. (WXYZ)

Brotemarkle was fatally shot outside his home in Pontiac by one of his supervisors at a dock installation company, according to the Oakland County Sheriff’s Office.

The 27-year-old supervisor has been arrested pending charges.

It all began as a dispute over Brotemarkle being late for a job, according to the owner of the dock installation company who said the supervisor was upset over the tardiness.

Investigators said the supervisor and Brotemarkle argued and got into a physical altercation.

And because of that fight, the owner of the company said he told both men that they had to leave work for the day.

With the owner’s permission, Brotemarkle used a company vehicle to get home. The owner said he then sent two other workers to Brotemarkle’s house to retrieve the vehicle.

Sheriff investigators said the supervisor and the other co-workers went and there was another confrontation between the two men.

It escalated and Brotemarkle died from multiple gunshot wounds.

The supervisor, who also lives in Pontiac, was arrested within an hour at his own home.

Daniel Brotemarkle leaves behind his parents and loved ones including three younger siblings, 10-year-old twins and a 15-year-old sister.

This story was originally published June 28, 2022 by WXYZ in Detroit, an E.W. Scripps Company.