BY JUAN A. LOZANO | ASSOCIATED PRESS

HOUSTON (AP) — A young woman told jurors Tuesday that she begged her uncle “please don’t hurt us” and then began to pray before he fatally shot her parents and four siblings and shot her in the head in their suburban Houston home. 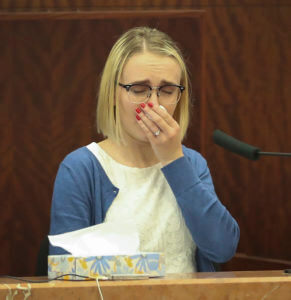 Cassidy Stay testified at the trial of Ronald Lee Haskell, who is charged with capital murder in the July 2014 attack. Stay, who was 15 at the time, survived by playing dead.

Haskell had been married to one of Stay’s aunts, Melannie Lyon. Prosecutors allege Haskell wanted to hurt his ex-wife’s family after their divorce and hatched a plan in which he traveled from California to Texas to carry it out.

Haskell’s attorneys have said their client admits to the killings but wasn’t responsible because he was insane.

While testifying for nearly two hours, Stay told jurors about her family before detailing the afternoon of the shootings.

Stay was taking care of her siblings while her parents ran errands when Haskell came to their home, posing as a FedEx delivery driver.

Stay, who didn’t recognize Haskell as her “Uncle Ronnie,” first told him her parents weren’t home to sign for a package and he left. Haskell returned a few minutes later and then forced his way into the house.

Stay said when she realized who Haskell was, she told him, “Please don’t hurt us, because I knew how awful he was.”

Lyon had accused him of domestic violence when they lived in Utah and she and their four kids had moved to Houston after the divorce to be with her family.

Haskell then pulled out a gun and ordered Stay and her siblings — 4-year-old Zach; 7-year-old Rebecca; 9-year-old Emily; and 13-year-old Bryan — to go into the living room.

Stay said she focused on keeping her siblings calm. She had them watch a show on Netflix to keep them distracted.

Stay said she told Haskell each of her siblings’ names and ages as part of an “appeal to his humanity. I didn’t think someone would hurt kids.”

When her parents — 39-year-old Stephen and 34-year-old Katie Stay — returned home, Haskell ordered them inside. 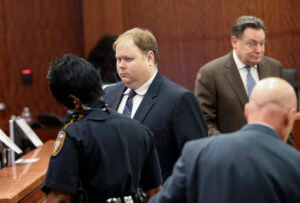 Ronald Haskell, center, appears in Judge George Powell’s courtroom for his capital murder trial in the 2014 massacre of a Spring family Tuesday, Aug. 27, 2019, in Houston.
(Steve Gonzales/Houston Chronicle via AP)

Haskell had the family members sit in the living room and told Cassidy Stay’s mother that, “I’ve come to get my kids.”

Haskell then had the family lie face down on the living room floor and took out his gun. Stay said when her mother realized what Haskell was going to do, she jumped up and screamed “No” and began to fight him. Haskell then shot her mother.

“I just saw her fall,” Cassidy Stay said. “I looked down and I covered my ears and I started screaming.”

Stay said she stopped screaming after a voice whispered in her ear to “be quiet” and then she went limp after being shot in the hand and head. The bullet ended up grazing her head and Stay pretended to be dead until Haskell left her home.

She then saw her father’s body and it was holding her brother Zach. It appeared that her father had tried to shield Zach from the gunfire, she said.

Stay said she then called 911. Authorities said Haskell planned to go to the homes of his ex-wife’s other family members and kill them as well. 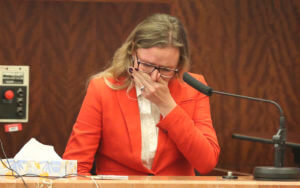 Aurielle Lyon, one of Stay’s aunts, testified earlier Tuesday that after the shooting, she and other family members fled her parent’s Houston home, without shoes or diapers for their kids, because they feared Haskell was headed their way.

“We were frantic,” Aurielle Lyon said.

After the shooting at the Stays’ home, Haskell tried going to the houses of his ex-wife’s parents and brother before officers took him into custody.

Stay told jurors it never seemed Haskell was disoriented or listening to voices when he held her family captive.

“No, it was all him,” Stay said before finishing her testimony.

Haskell’s trial could last up to two months. He faces the death penalty, if convicted. 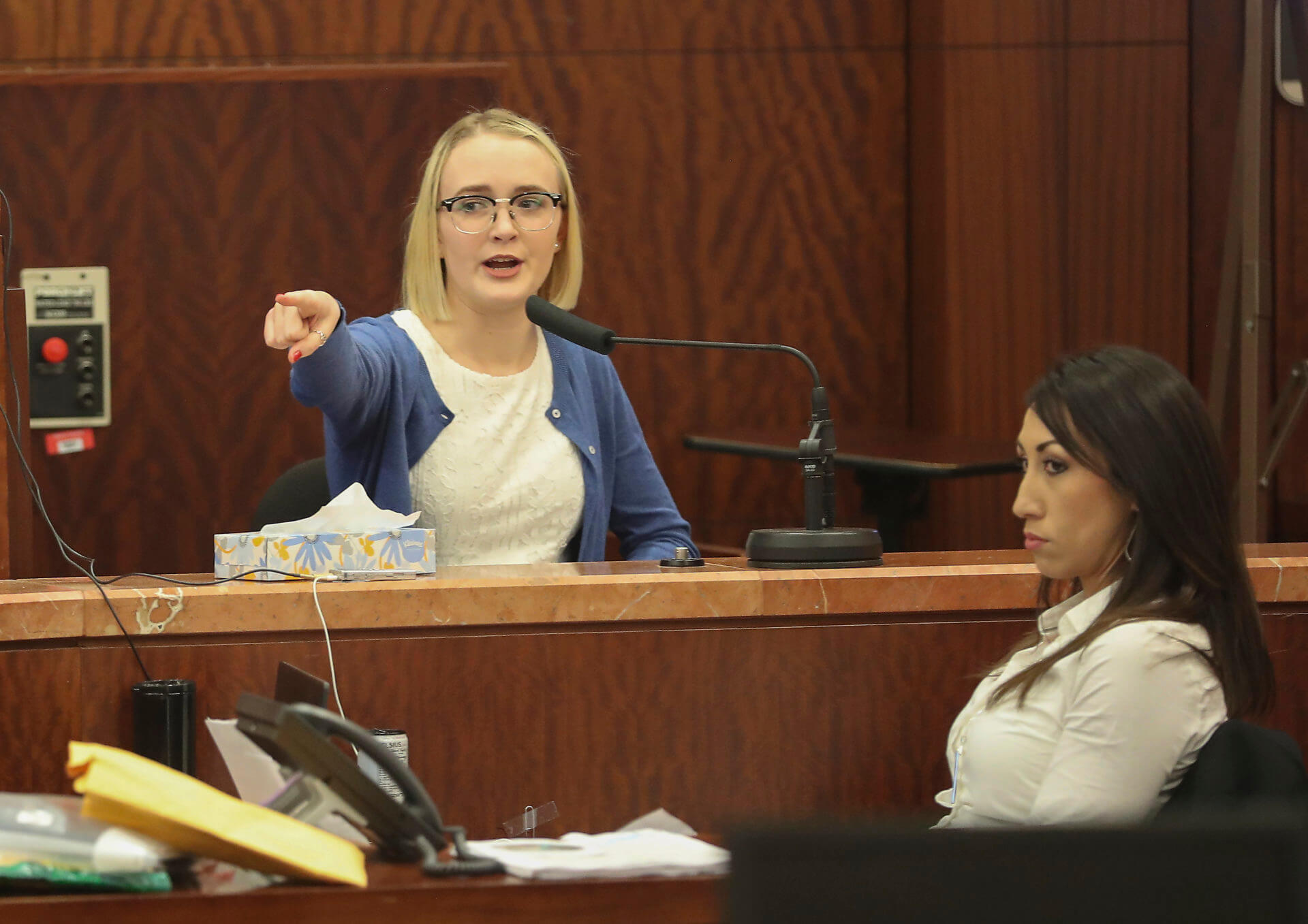 Cassidy Stay points out Ronald Haskell as the man who appeared at her front door before murdering her entire family in 2014 during a trial Tuesday, Aug. 27, 2019, in Houston. Haskell traveled from California to suburban Houston in 2014 and stalked his ex-wife's family for two days before killing six of them as part of his plan to harm anyone who had helped his former spouse, a Texas prosecutor told jurors Monday. (Steve Gonzales/Houston Chronicle via AP)
MORE NEWS