BRAZOS COUNTY, Texas (KXXV) — A Texas inmate is asking the U.S. Supreme Court to overturn his murder conviction, claiming a comedy special swayed a Brazos County jury and landed him on death row. 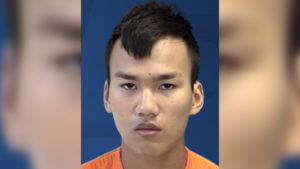 Gabriel Hall, 29, is awaiting execution by lethal injection after being convicted of murdering a Texas A&M professor inside a College Station home back in 2011.

Hall’s legal team is now arguing that footage from the special was later used to sentence their client to death.

On October 10, 2011, Hall entered the home and stabbed the professor to death and stabbed his 69-year-old wife, who survived the attack.

Hall was a student at A&M Consolidated High School at the time.

While serving time in the Brazos County Jail, comedian Jeff Ross filmed a special for Comedy Central featuring the maximum security parts of the facility, including Hall’s unit.

The video has since been pulled from his official YouTube channel.

However, Hall’s legal team is claiming that additional footage, outside that segment, was later presented to the Brazos County Jury before they voted to sentence him to death.

His legal team is now taking the case to the Texas Supreme Court – stating the evidence should be thrown out because it violates Hall’s Sixth Amendment.

The team’s decision comes after the Texas Court of Criminal Appeals previously denied their first appeal.

This story was originally published Dec. 28 by KXXV in Waco, an E.W. Scripps Company.