LAS VEGAS (KTNV) — The federal civil trial of a landlord accused of requiring his tenant to sign a sex contract has been paused until the fall.

Andrew Wasielewski, the attorney for former real estate broker and property manager Allan Rothstein, says the postponement came late Friday after his client received two death threats — one via text and one on the internet. 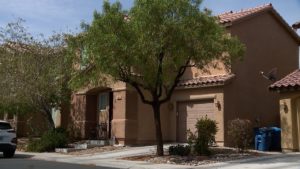 There will be ongoing procedural actions in the case but the trial itself is not scheduled to resume until October 3.

The case centers on a Section 8 tenant with five children who says she was forced to sign a sex contract in order to lease a home Rothstein was managing.

When she refused any sexual encounters, she claims Rothstein tried to evict her.

In court records, Rothstein says he made her sign the contract to ‘protect himself.’

This story was originally published Aug. 15, 2022 by KTNV in Las Vegas, an E.W. Scripps Company.