CRIPPLE CREEK, Colo. (AP) — Jury selection began Monday in the trial of a Colorado man suspected of killing his flight instructor fiancee and burning her body on his ranch. 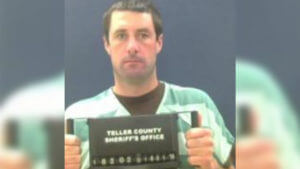 It was expected to take several days to seat a jury to weigh the evidence against Patrick Frazee, 33, who has pleaded not guilty to first-degree murder and solicitation to commit murder in the death of Kelsey Berreth.

Frazee appeared in court dressed in a shirt and khakis — as defendants usually permitted to do at trial — not the jail uniform he has worn to previous court appearances.

Berreth, 29, who worked as a flight instructor, was last seen on surveillance footage at a grocery store near her home in Woodland Park, a mountain community of 7,500 people about two hours south of Denver, last November. It shows Berreth entering the store toting a baby carrier holding the couple’s 1-year-old daughter.

Frazee told police he and Berreth met later that day to exchange their daughter; the couple did not live together. Berreth’s mother reported her missing Dec. 2, 2018 after being unable to reach her.

Berreth’s body hasn’t been found despite searches at Frazee’s ranch in the town of Florissant, Berreth’s townhouse and at a landfill, where investigators sifted through nearly 40,000 cubic feet (1,132 cubic meters) of trash over about two months.

Investigators have testified that a nurse from Idaho told them that she and Frazee were in a relationship and that Frazee had accused Berreth of abusing their daughter — an allegation that authorities have said is not supported by evidence.

The woman, Krystal Jean Lee Kenney of Hansen, Idaho, told police Frazee repeatedly asked her to kill Berreth but that he later admitted to beating Berreth to death with a baseball bat. She said Frazee demanded she clean up blood at Berreth’s home and watched as Frazee burned Berreth’s body, according to investigators.

Kenney pleaded guilty to evidence tampering for moving Berreth’s cellphone after she disappeared. She is required to testify against Frazee under a plea deal and faces up to three years in prison when she is sentenced after the trial.

Prosecutors’ evidence includes cellphone tower data, suggesting Berreth’s phone was always in the possession of either Frazee or Kenney after she disappeared.

Police said several text messages were sent from Berreth’s phone in the days after she vanished on the Thanksgiving Day holiday, including a message sent to her employer asking for a week off from work.

Prosecutors have not disclosed theories on why Frazee would kill Berreth.

Her parents argue in a wrongful death lawsuit that they believe Frazee wanted full custody of the couple’s toddler daughter. The child has remained with them while the criminal case proceeds

Prosecutors declined to seek the death penalty for Frazee. If convicted of first-degree murder, he would be sentenced to life in prison without the possibility of parole.