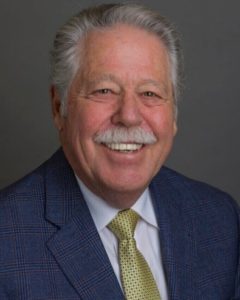 “Wednesday evening, I learned about the allegations concerning Sen. Davis from an online post made by a former intern. The entire Senate and I take these comments seriously. After reviewing recommendations from the legislative general counsel and human resource administrator, I have directed an independent investigation be initiated to evaluate these allegations,” Sen. Adams said in a statement. “The Senate condemns and does not tolerate workplace harassment. It has no place in any political, professional or personal setting.”

Sen. Adams’ office said he would have no further comment due to the ongoing investigation. Sen. Davis’ own caucus said it supported the decision.

“We take the recent allegations against Sen. Davis very seriously and do not tolerate sexual harassment or any form of inappropriate conduct in the workplace. We support an independent investigation to move forward immediately and will examine all options,” said a joint statement from Senate Minority Leader Karen Mayne, D-West Valley City, Senate Minority Whip Luz Escamilla, D-Salt Lake City, and Sen. Jani Iwamoto, D-Holladay. “Sexual harassment is wholly unacceptable, and while no complaint has been filed, we have confidence in the Legislature’s workplace discrimination and harassment policies and process to support employees and interns.”

Sen. Davis has so far not responded to repeated messages seeking comment. The Utah State Senate told FOX 13 News that Sen. Davis has not been stripped of his committee assignments.

FOX 13 News reported on the intern’s accusations on Thursday night. She accused him of unwanted touching and inappropriate behavior. On Thursday night, the Salt Lake County Democratic Party suspended him from party activities.

Sen. Davis has been one of the longest-serving lawmakers on Utah’s Capitol Hill. He has been in office since 1987. This year, he lost a primary election to Nate Blouin.

Sen. Davis has also faced accusations of inappropriate behavior with women in the past. Last year, he issued a statement of apology to a former Capitol Hill staffer who accused him of misconduct.

Depending on the results of the independent investigation, the Senate could then launch an ethics investigation into Sen. Davis, which could lead to discipline should the accusations be proven true.

This story was originally published August 5, 2022 by KSTU in Salt Lake City, an E.W. Scripps Company.