NEW YORK (AP) — Movie mogul Harvey Weinstein pleaded not guilty to a new indictment Monday that includes revised charges of predatory sexual assault, a development that caused the judge to delay the start of his trial until early next year. 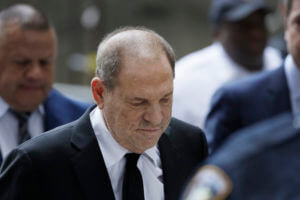 The change to the case was intended to open the door for an actress to testify against Weinstein in a rape and sexual assault trial that had been scheduled to start on Sept. 9.

Weinstein mostly kept quiet during a brief appearance in a Manhattan courtroom aside from some exchanges with Judge James Burke, who at one point scolded him for pulling out his cell phone during the proceeding.

After the judge agreed with defense lawyers that the trial needed to be put off so they could have time to respond to the revised charges, he told them the new trial date of Jan. 6 was firm. To make the point, he stared at the defendant and asked, “Mr. Weinstein, do you want to go to trial?”

Weinstein, 67, who’s free on $1 million bail, has denied all accusations of non-consensual sex.

After the hearing, his attorneys said they would ask the judge to dismiss the indictment, which they called a “desperate” attempt to salvage the case.

“I think the case itself is weak,” said his lawyer Donna Rotunno. 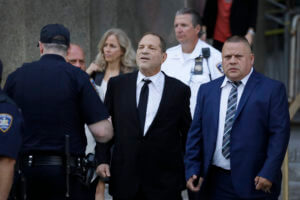 Weinstein previously pleaded not guilty to charges accusing him of raping a woman in 2013 and performing a forcible sex act on a different woman in 2006.

The case remains about those two women, but prosecutors said the new indictment was needed to allow a third woman, Annabella Sciorra, to testify. Sciorra, who is best known for her work on “The Sopranos,” says Weinstein raped her inside her Manhattan apartment after she starred in a film for his movie studio in 1993.

Prosecutors can’t charge Weinstein with the alleged attack on Sciorra because it took place too long ago to be prosecuted under state law, but they want to use her testimony to prove that Weinstein had a pattern of assaulting women. That’s necessary to prove the charge of predatory sexual assault.

Sciorra’s lawyer, Gloria Allred, said her client was willing to tell her story to bring Weinstein to justice. She criticized the defense team for saying they would try to get the testimony barred.

“Why are they so afraid of having additional witnesses testify?” she said.

The Associated Press generally does not name people who say they are victims of sexual assault, but Sciorra went public with her story in a story in The New Yorker in October 2017.

Court papers unsealed on Monday indicate that, in addition to Sciorra, prosecutors plan to call three other women as witnesses to try to demonstrate a pattern of “prior bad acts” by Weinstein.

The papers don’t identify the women but cite a time and location — Feb. 19, 2013, at a Beverly Hills hotel — that appear to correspond to news accounts about an unnamed Italian actress and model who alleged in a 2017 interview that Weinstein raped her in her hotel room.

Separately, defense attorneys have asked an appeals court to move the trial out of New York City because a “circus-like atmosphere” there fueled by news reports and social media posts. It’s unclear when the court will take up the request. 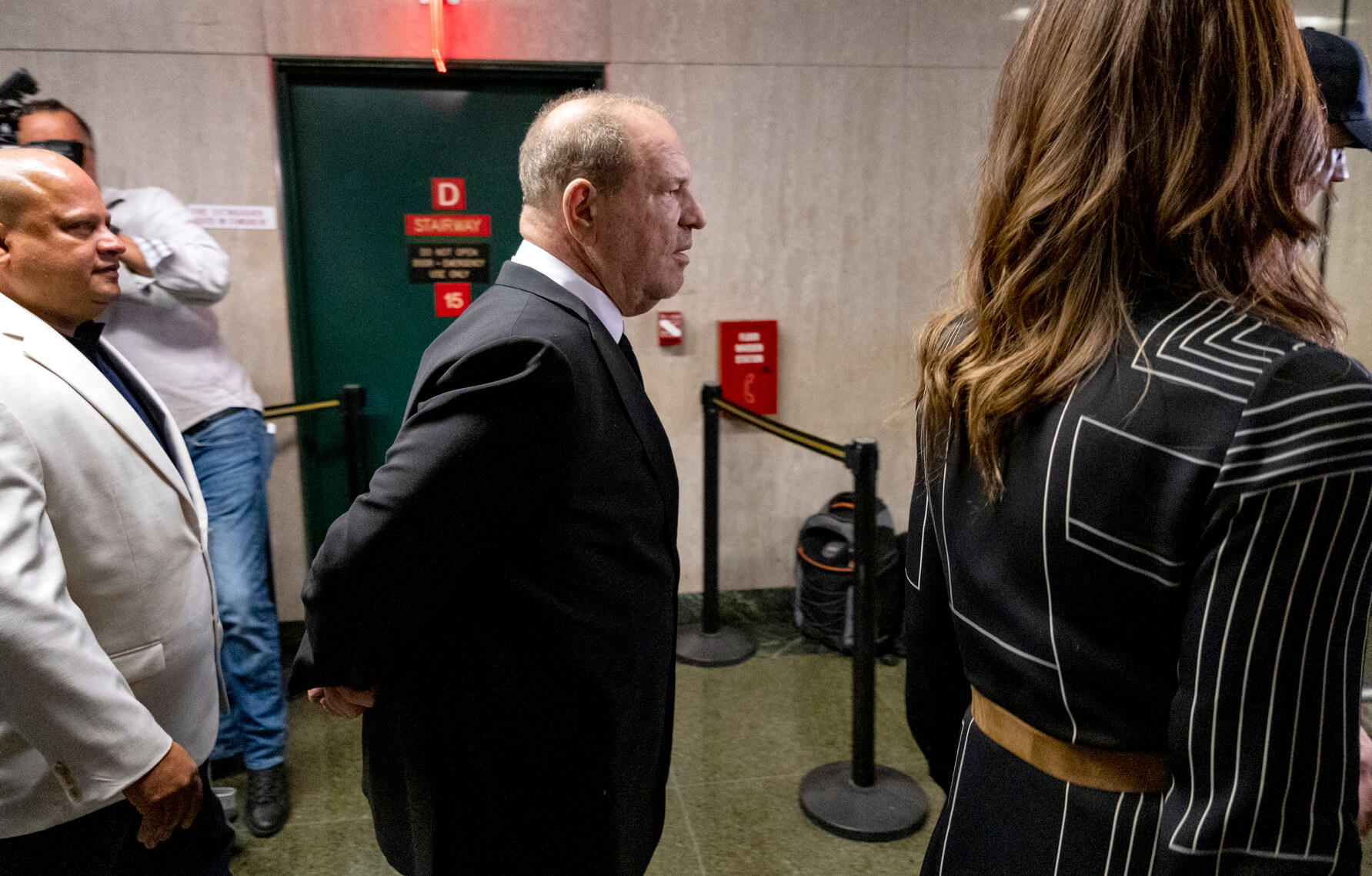 Harvey Weinstein, center, appears in a courthouse for a scheduled arraignment Monday, Aug. 26, 2019, in New York. Weinstein's lawyers want the trial moved from New York City to Long Island or upstate New York, part of the last-minute wrangling that includes efforts by prosecutors to bolster their case with testimony from actress Annabella Sciorra, who says Weinstein raped her in the 1990s. Weinstein has denied all accusations of non-consensual sex. (AP Photo/Craig Ruttle)
MORE NEWS