CINCINNATI (WCPO) — A Cincinnati woman accused of causing the deaths of two of her children has turned herself in.

Brooke Hunter, 23, is charged with involuntary manslaughter and endangering children. 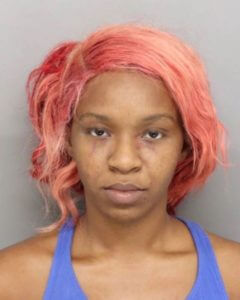 The Hamilton County Prosecutor’s Office said Brook Hunter’s baby died in June as a result of co-sleeping, the same reason Hunter lost another baby just one year earlier. Hunter was warned of the dangers of co-sleeping after her first child’s death, said Amy Clausing with the prosecutor’s office.

READ MORE: Cincinnati police looking for woman who allegedly caused the death of her 2 babies

Co-sleeping, or bed-sharing, is when a parent sleeps in close physical or social contact with their child — often in the same bed or on a couch or chair. Cincinnati Children’s advises parents to never nap while holding a baby nor sleep in the same bed as their child.

Because Hunter had been warned, her second child’s death is considered a homicide. Hunter was indicted on involuntary manslaughter and endangering children charges.

A warrant was issued for Hunter’s arrest.

Cincinnati police announced earlier this month that they were actively searching for Brooke in the Avondale area.

The turned herself in Wednesday and is scheduled to appear in court on Friday.

This story was originally published Oct. 20, 2022 by WCPO in Cincinnati, an E.W. Scripps Company.