SPRINGFIELD, Mass. (AP) — A Massachusetts woman is facing multiple assault and battery charges for allegedly releasing a swarm of bees on a group of sheriff’s deputies, some of them allergic to bee stings, as they tried to serve an eviction notice, authorities said. 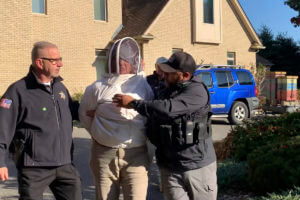 Rorie S. Woods, 55, of Hadley, Mass., center, wears a beekeeping suit while taken into custody by Hampden County Sheriff’s Department officers, in Longmeadow, Mass., Wednesday, Oct. 12, 2022. Woods is facing multiple assault and battery charges for allegedly unleashing a swarm of bees on a group of sheriff’s deputies trying to serve an eviction notice, some of whom are allergic to bee stings, authorities said. (Robert Rizzuto/Hampden County Sheriff’s Department via AP)

Rorie S. Woods, 55, pleaded not guilty at her arraignment on Oct. 12 in Springfield District Court and was released without bail, Masslive.com, citing court records, reported on Wednesday.

Her lawyer did not immediately respond to a voicemail left by The Associated Press on Wednesday.

The Hampden County Sheriff’s Department deputies went to a home in Longmeadow on the morning of Oct. 12 and were met by protesters, according to the official department report.

Woods, who lives in Hadley, soon arrived in an SUV towing a trailer carrying bee hives, the report said. She started “shaking” the hives, broke the cover off one, causing hundreds of bees to swarm out and initially sting one deputy, according to the report.

Woods, who put on a beekeeper’s suit to protect herself, was eventually handcuffed but not before several more sheriff’s department employees were stung, including three who are allergic to bees, the report said.

When Woods was told that several officers were allergic to bees, she said “Oh, you’re allergic? Good,” according to the report.

Hampden County Sheriff Nick Cocchi said Woods could have faced more serious charges if anything worse had happened to those stung.

“We had one staff member go the hospital, and, luckily, he was all right,” Cocchi said. 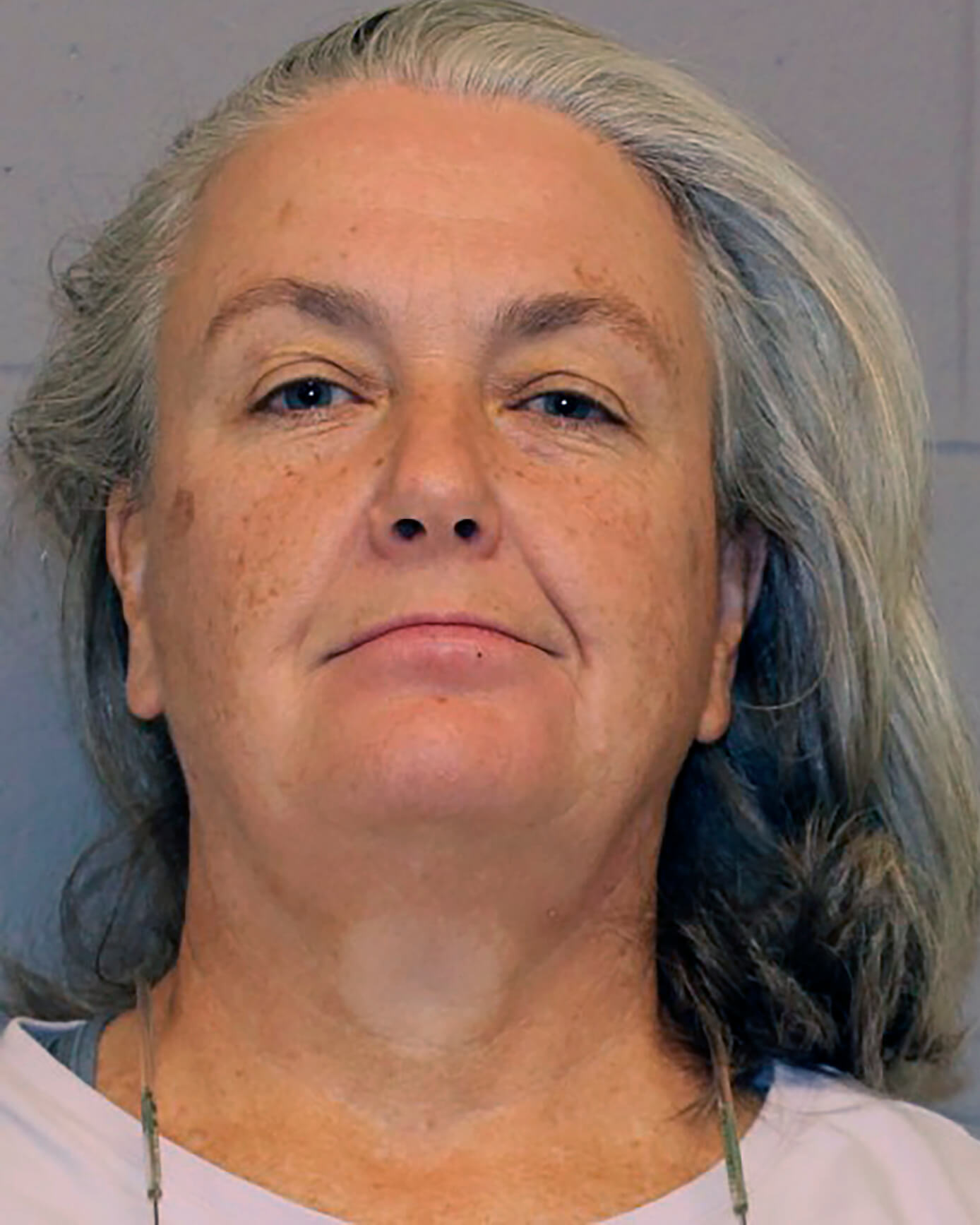