BRIDGETON, N.J. (AP) — A woman accused of having killed her toddler son and telling police he had been kidnapped before his remains were found buried in the yard of her New Jersey home has rejected a plea offer and will face trial.

Nakira Griner, 27, of Bridgeton, initially told police in February 2019 that she had been attacked on the street and 23-month-old Daniel Griner Jr. had been abducted, authorities said. An intensive search began but the child’s burnt remains were found the next day in the yard of her home, authorities said. An autopsy concluded that the child had been beaten to death and had multiple bone fractures. 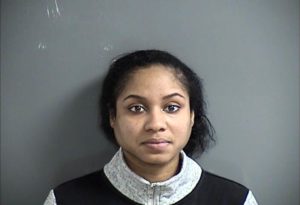 Griner appeared in court Friday for a pre-trial conference during which the allegations were summarized and the prosecution detailed a plea offer with a recommendation of a 30-year prison term in exchange for a guilty plea on the murder charge. Appearing by video from jail, Griner declined that plea offer in favor of trial, NJ.com reported.

After claiming an abduction, Griner later told police that the child accidentally fell down a flight of stairs in the family home, authorities said. Prosecutors allege that she said in phone calls from jail — which are to be presented at trial — that she “did what she did to him” to cover up bruising on his body.

Defense attorney Jill Cohen said in an earlier court filing that her client didn’t deny destroying the child’s remains but didn’t “knowingly and purposefully” cause his death. Those assertions were made in a motion, later withdrawn, seeking to try the murder charge separately from the other counts.

A judge last year barred prosecutors from using Griner’s earlier statements to police, saying she was not read her rights. Her attorney at the time argued that she was considered a suspect from the start and was also “going through a crisis and a clear mental break” and was in no position to voluntarily waive her rights.