KNOXVILLE, Tenn. (AP) — Three Tennessee teenagers have been sentenced in the death of a 15-year-old classmate. 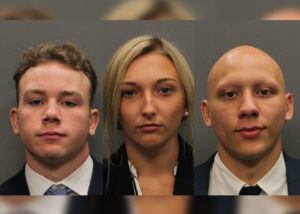 According to testimony, Leyva hosted a party in May at his parents’ home where Brooks slammed Munday into the ground. Munday was taken to Brooks’ home, but hours passed before authorities were called.

A coroner testified Munday died of blunt head trauma after days in a coma.