Investigators said the elderly victim, Lillian DeCloe, a former teacher and nurse, was relaxing at her Pompano Beach home on a Saturday in April 1994. 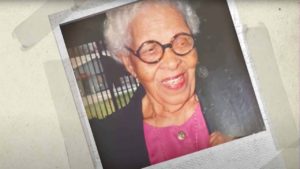 Lillian DeCloe was killed at her home in Pompano Beach in April 1994. (Broward Sheriff’s Office)

That’s when someone burst into her home, raping and strangling her to death.

No arrests were ever made in the case as DeCloe’s family wondered for 28 years who killed their loved one.

The sheriff’s office said the case was reopened after the unit was formed in 2019. Investigators said they sifted through old case files, DNA databases and also the grave of a former United States Marine who once lived a few houses away from the victim’s home.

Detectives were able to retrieve DNA evidence from DeCloe’s nightgown. They said the killer left semen on the garment after he sexually assaulted the woman, which helped them develop a profile of the attacker.

The Florida Department of Law Enforcement also searched through its DNA database, which identified a known offender who had spent time in Florida prison and whose DNA was on file. 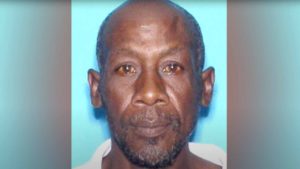 Investigators said that known offender was a possible close relative of the DNA contributor in DeCloe’s homicide. That led detectives to a man named Johnny Mack Brown.

Detectives learned that Brown, a Vietnam War veteran, once lived a few houses away from DeCloe in the 1990s. His family said he struggled with post-traumatic stress disorder and drug addiction.

Brown had also been dead for more than a decade.

The sheriff’s office said detectives got a court order in August to exhume Brown’s remains from the South Florida National Cemetery in Palm Beach County.

Investigators collected tissue samples from Brown’s remains and found that they were consistent with the DNA left at the crime scene.

Detectives then presented their findings to the Broward State Attorney’s Office for review. Prosecutors agreed with the findings that Brown was involved in DeCloe’s murder.

This story was originally published Dec. 13, 2022 by WPTV in West Palm Beach, an E.W. Scripps Company.