COLORADO SPRINGS (KOAA) — Jepsy Kallungi was last seen in March of 2019. Over two years after she was reported missing, her husband Dane Kallungi was arrested and charged with her murder.

KOAA obtained Dane’s arrest affidavit, which claims he strangled Jepsy during an act of domestic violence, inflicting serious injuries. Investigators believe Dane saw Jepsy was “suffering,” and decided to kill her. The paperwork states the incident happened on March 20, 2019, inside their apartment around 10:30 p.m. 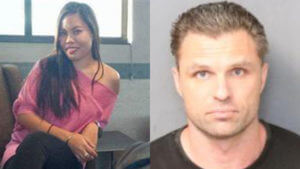 According to the records, police say Dane put Jepsy’s body into the trunk of his car, and took his son to school the next morning before going to work. After work, police claim Dane drove Jepsy’s body to a remote area in Teller County, where he buried her. Jepsy’s body has not been found.

Dane moved to California after Jepsy disappeared. The arrest paperwork says that on March 26, 2021, Dane had lunch with his ex-wife, Alaine. The affidavit states Dane took a brief trip to Colorado Springs because of an illness in his family. Allegedly, that’s when Dane told Alaine he killed Jepsy.

Three days later, Alaine contacted investigators to inform them of the conversation. With her consent, detectives arranged a recorded phone call to learn more about a domestic disturbance between Dane and Jepsy from March 20, 2019.

The call took place on April 3, 2021. Investigators listed several statements from that phone call, including:

This story was originally published June 23, 2021, by KOAA in Colorado Springs.