LONDON (AP) — Amber Heard insisted Thursday that she never wanted the world to know the details of her years of alleged abuse by Johnny Depp, as she concluded her evidence in her ex-husband’s libel case against a British tabloid. 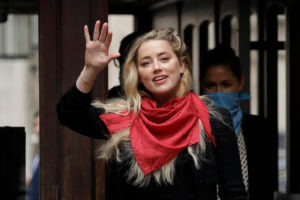 American actress Amber Heard waves at the media as she arrives at the High Court in London, Thursday, July 23, 2020. Actor Johnny Depp is suing News Group Newspapers, publisher of The Sun, and the paper’s executive editor, Dan Wootton, over an April 2018 article that called him a “wife-beater.” Depp strongly denies all allegations. (AP Photo/Matt Dunham)

Taking the witness stand for a fourth straight day, Heard testified that everything she had said at the High Court in London was true.

She said she just wanted to be “left alone” after the breakup of her and Depp’s tempestuous marriage and that she wanted to “save him the embarrassment.”

She also suggested that having details of her relationship with Depp dissected in open court had and would continue to damage her career.

“What woman has ever benefited from being a victim of domestic violence?” she asked.

Heard was in court because Depp, 57, is suing News Group Newspapers, the publisher of The Sun, and the newspaper’s executive editor, Dan Wootton, over an April 2018 article that labeled him a “wife beater.” 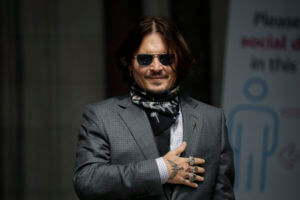 U.S. actor Johnny Depp gestures to fans and the media as he arrives at the High Court in London, Thursday, July 23, 2020. Depp is suing News Group Newspapers, publisher of The Sun, and the paper’s executive editor, Dan Wootton, over an April 2018 article that called him a “wife-beater.” The Sun’s defense relies on a total of 14 allegations by Heard of Depp’s violence. He strongly denies all of them. (AP Photo/Matt Dunham)

The Sun’s defense relies on 14 allegations made by Heard of violence by Depp between 2013 and 2016, in settings as varied as a rented house in Australia, his private island in the Bahamas and a private jet.

In her testimony on Thursday, the actress-model reiterated allegations that Depp would go on a “bender” that often lasted days and abuse her when he was high on drugs or was drunk.

“Johnny, when he was clean and sober, could be a wonderful person, generous, loving,” she said. “He’s a remarkable man when he’s like that and I loved him. The other side of him was a monster but I always held out hope he would get clean and sober.”

In her first three days of testimony, Heard, 34, accused Depp of an array of acts of violence, including throwing bottles at her “like grenades,” headbutting her and even of stubbing out a cigarette on his cheek. She has claimed that she often feared for her life during their tempestuous relationship.

Sasha Wass, the lawyer representing NGN, read out a series of text messages that Heard had sent to her mother, including one from March 2013 that said: “He’s nuts, mum. Violent and crazy. I’m heartbroken that this is who I love.”

Depp denies abusing Heard and claims she was the aggressor during their relationship. He missed Heard’s testimony on Thursday after arriving late to court. 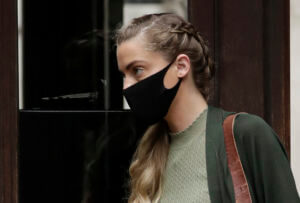 Whitney Heard, the sister of American actress Amber Heard, arrives on the day she is due to give evidence at the High Court in London, Thursday, July 23, 2020. Actor Johnny Depp is suing News Group Newspapers, publisher of The Sun, and the paper’s executive editor, Dan Wootton, over an April 2018 article that called him a “wife-beater.” Depp strongly denies the allegations. (AP Photo/Matt Dunham)

Heard was followed on the witness stand by her sister, Whitney Henriquez, who was quizzed by Depp’s lawyer, Eleanor Laws, about a number of alleged incidents that are at the heart of the case. Henriquez denied Laws’ suggestion that she was doing her “absolute best” to throw her sister a “lifeline.”

In written evidence to the court, Henriquez said she “felt sick” in September 2013 when she learned her sister was going to marry Depp and told Heard that “putting a ring on her finger was not going to stop him hitting her.”

During the first two weeks of case testimony at the High Court, judge Andrew Nicol heard from Depp and from several current or former employees who backed his version of events. In his testimony, Depp said he was the one being abused by Heard and that she had a history of being violent against him.

In written testimony released to the court, Heard said that at various times during her and Depp’s relationship she endured “punching, slapping, kicking, head-butting and choking.” She said some incidents were so severe she was “afraid he was going to kill me, either intentionally or just by losing control and going too far.” She said he blamed his actions on “a self-created third party” that he referred to as “the monster.”

Depp and Heard met on the set of the film “The Rum Diary,” released in 2011. They married in Los Angeles in February 2015. Heard filed for divorce the following year, and it was finalized in 2017.

The case is due to finish next week with closing submissions from both sides’ legal teams on Monday and Tuesday. 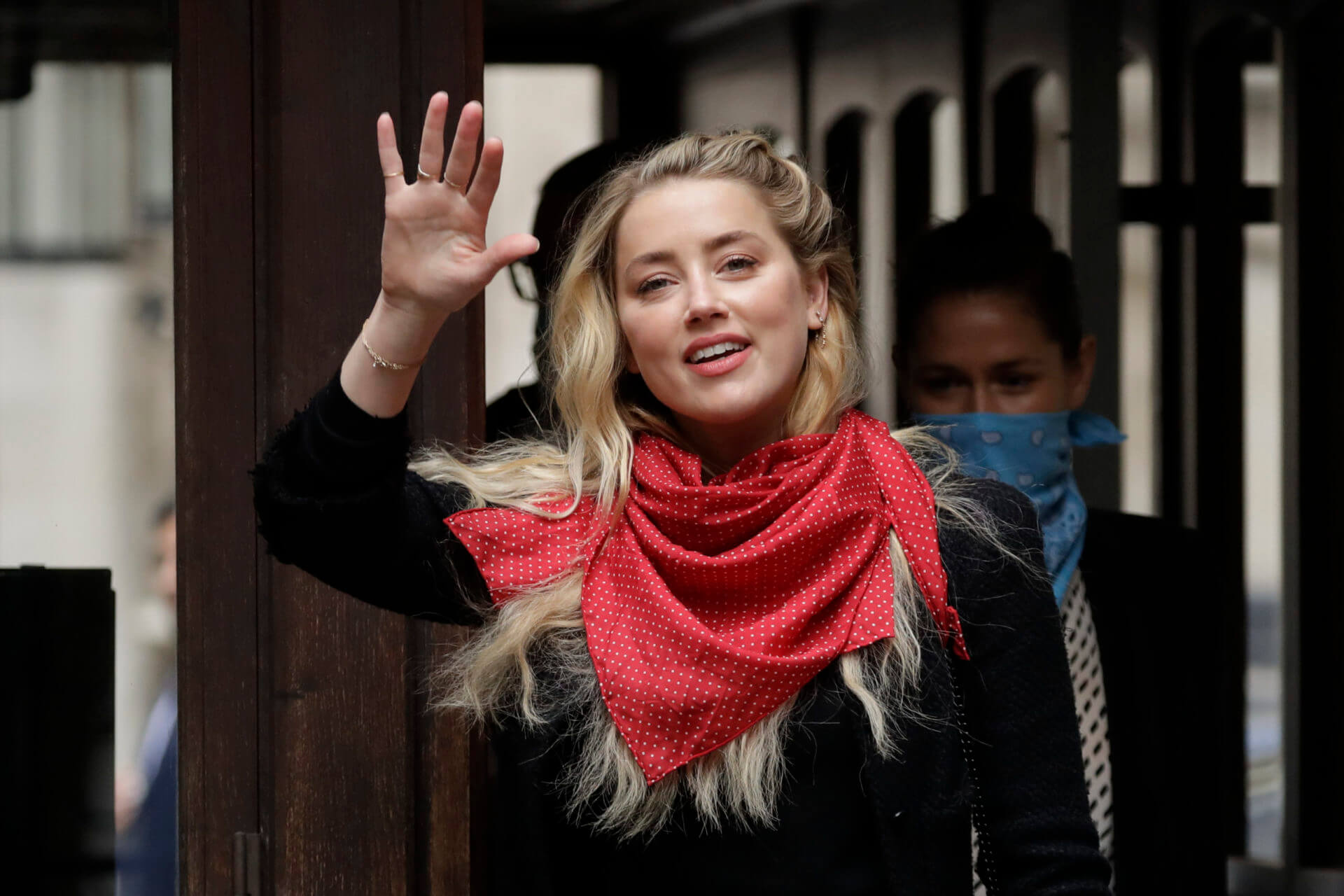 American actress Amber Heard waves at the media as she arrives at the High Court in London, Thursday, July 23, 2020. Actor Johnny Depp is suing News Group Newspapers, publisher of The Sun, and the paper's executive editor, Dan Wootton, over an April 2018 article that called him a "wife-beater." Depp strongly denies all allegations. (AP Photo/Matt Dunham)
MORE NEWS