MADISON, Wis. (AP) — A judge refused Monday to delay the trial for a man accused of killing six people and injuring dozens more when he allegedly drove his SUV through a Christmas parade in suburban Milwaukee, saying it’s important to resolve the case as quickly as possible.

Darrell Brooks Jr. faces more than 80 charges in connection with the incident in Waukesha in November 2021, including six homicide counts. His trial is scheduled to start Oct. 3 and expected to last all month. 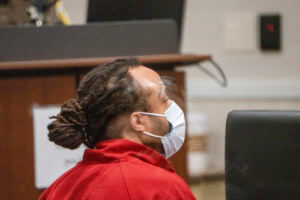 His attorneys, public defenders Anna Kees and Jeremy Perri, filed a motion with Waukesha County Circuit Judge Jennifer Dorow on Friday seeking to push the proceedings back until at least March 2023.

The attorneys argued in the motion they need at least six months to study more than 300 videos of the parade, break down the SUV’s speed throughout the incident, review the police interrogation of Brooks and reach out to potential expert witnesses. Perri added Monday that he has a five-week trial beginning in January, making it impossible for him to be present if Brooks’ trial began that month.

District Attorney Susan Opper urged the judge to stay on schedule. She said prosecutors have turned over almost all its evidence to the defense. The last pieces are results from DNA tests on samples taken from Brooks’ SUV and those should be ready within the next two weeks, she said.

The surviving victims and their families need closure as soon as possible, Opper added.

Dorow took 30 minutes to consider the arguments, then returned to the bench and denied the request to delay. She said that Brooks’ attorneys have almost all the evidence in hand and Perri won’t have any time to devote to the case come November because he has to prepare for his January trial.

“It is incredibly important to this court to make sure cases come to finality as quickly, as efficiently, as responsibly as possible,” she said.

Brooks squeezed his chest during the first part of the hearing and rocked back and forth in his chair throughout the second half.

Kees and Perri have filed another motion seeking to either move the trial out of Waukesha County or bring in a jury from another county. They argue publicity surrounding the case has been so overwhelmingly negative that Brooks can’t get a fair trial in Waukesha.

Dorow and attorneys from both sides worked last week to prepare a questionnaire for potential jurors to gauge whether they’ve formed any biases from media coverage of the case. Dorow said Monday that she wants the questionnaires mailed by April 15 and returned by May 13. She will decide the motion on June 20.