Detectives began their investigation in late September after receiving a referral from Baltimore County Social Services. 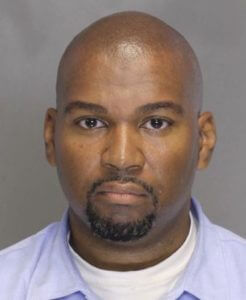 A 16-year-old boy reported running away from Savage’s Reisterstown home after being raped.

Police say the teen was placed in Savage’s custody by a private foster organization, after he’d been removed from his mother’s care over neglect allegations.

Prior to going with Savage, the teen was reportedly hospitalized for harming himself.

According to court charging documents, the abuse started the day Savage picked the teen up from the hospital.

In an interview with a social worker, the teen recalled three times in which Savage gave him marijuana, each which led to the victim being sexually assaulted.

The teen said he had fallen asleep the last time, only to wake up in pain. That’s when he noticed he’d been raped and decided to run away.

In between those incidents the teen mentioned finding a camera in the corner of his bedroom, which he believed recorded directly to Savage’s cell phone.

He also talked about the time he found a vape pen in Savage’s home. Savage reportedly told the teen that the pen belonged to twin boys who used to live with him.

That wasn’t the first time someone brought up the twins.

Back in July of 2021, Savage’s ex-husband accused him of sexually abusing 15-year-old twin boys who were being fostered at the home.

The ex told police about a camera he disconnected from the twins bedroom, and even handed over evidence recovered from it.

Court documents say that case was ultimately unsubstantiated, as “the images were unable to be aged by the officer on scene.”

Like the teen in this latest case, court documents say the twins also ran away from Savage’s home. At the time charges were filed, police have yet to locate them.

Meanwhile, Savage has been released on bail and placed on home detention pending trial.

Police fear there could be more victims and are asking anyone with information to call them at 410-887-7720.