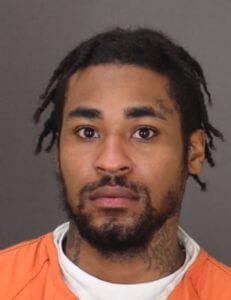 Investigators soon learned that Andrews had rented a Chevy Malibu with Pennsylvania tags through Enterprise. The vehicle happened to be equipped with a GPS system, which allowed Enterprise to alert police of where it was.

After finding the car unoccupied, detectives obtained its full tracking information. They discovered the vehicle had been at the shooting scene around the time of the murder.

Afterwards, the vehicle reportedly made various stops before police ultimately located it. Investigators noticed a Google account registered to Gittens was present at several of those locations as well.

On November 3, detectives got word that Gittens had been arrested in connection to the October 11 double-murder of a father and son.

At the time of his arrest, Gittens was allegedly in possession of a Polymer 9mm handgun. According to a firearms analysis, it turns out the gun fired three rounds that were located on the scene where Andrews was killed.

Gittens is due for a February 7 arraignment in Baltimore City. He’s scheduled to go on trial for the murder in Baltimore County starting April 10.

This story was originally published Jan. 12, 2023 by WMAR in Baltimore, an E.W. Scripps Company.