LEXINGTON (WLEX) — A body was found inside a car after a multi-county police chase in Kentucky, according to Kentucky State Police.

At around 10:00 a.m. Wednesday, KSP says troopers spotted a careless driver in Madison County and initiated a traffic stop. The driver then led troopers on a pursuit through several counties before intentionally striking a police cruiser in Laurel County, according to a citation. 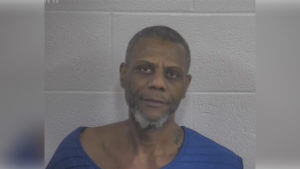 The driver was identified as 54-year-old David Maurice Reed of St. Petersburg, Florida. Reed was arrested at the scene.

During a safety sweep of the vehicle, officers found a female body inside a plastic tote in the back hatch. According to a citation, the body had trauma to the face and wounds from an edged weapon.

The victim was identified as 53-year-old Rachel Louise Carder of Huntington, WV.

Reed admitted to getting into a physical altercation with Cader in a motel room and choking her neck, police say. A citation says Reed also admitted the assault occurred in close proximity to the interstate but he was not able to confirm the exact location.

KSP says this is an ongoing investigation.

This story was originally published Jan. 18 by WLEX in Lexington, an E.W. Scripps Company.