CHESAPEAKE, Va. (WTKR) – A 15-year-old boy has been charged with two counts of aggravated murder for the death of his adoptive parents.

The parents died Tuesday from injuries sustained from a knife and/or a hammer that was found at the scene, according to police. 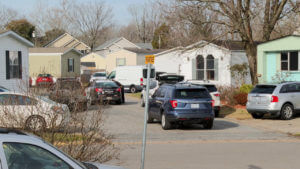 Police responds to the scene in Chesapeake Tuesday, Jan. 10, 2023, where a 15-year-old boy allegedly killed his adoptive parents. (Angela Bohon/WTKR)

“I’ve only seen the kid one or two times,” Gray said. “But he didn’t seem like the type of kid that would do anything like that. It’s just nuts.”

The deceased individual’s names will be released pending next of kin notification, police explained on Tuesday.

Gray said he recently saw the teen working on a truck.

“The mother was out there with the dogs and I was talking to her too,” Gray said. “My sister just spoke to her last night.” 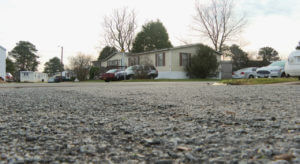 Police responds to the scene in Chesapeake Tuesday, Jan. 10, 2023, where a 15-year-old boy allegedly killed his adoptive parents. (Angela Bohon/WTKR)

This is still an ongoing investigation.

“They were always out,” he said. Especially the dad, he was always outside cooking. He’s got a big smoker and he smokes stuff all the time. He just brought me some ribs a couple of weeks ago.”

Anyone with information about this incident is asked to call the Crime Line at 1-888-LOCK-U-UP.

This story was originally published Jan. 10 by WTKR in Norfolk, an E.W. Scripps Company.