CHICAGO (AP) — Jussie Smollett was released from jail following six nights behind bars after an appeals court agreed with his lawyers that he should be free pending the appeal of his conviction for lying to police about a racist and homophobic attack.

The former “Empire” actor walked out of the Cook County Jail on Wednesday surrounded by security. He did not comment as he got into an awaiting SUV, but his attorneys said Smollett, who is Black and gay, was the target of a racist justice system and people playing politics.

The appeals court ruling came after a Cook County judge sentenced Smollett last week to immediately begin serving 150 days in jail for his conviction on five felony counts of disorderly conduct for lying to police. In an outburst immediately after the sentence was handed down, Smollett proclaimed his innocence and said “I am not suicidal. And if anything happens to me when I go in there, I did not do it to myself. And you must all know that.” 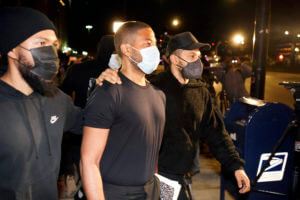 Actor Jussie Smollett, center, leaves the Cook County Jail Wednesday, March 16, 2022, after an appeals court agreed with his lawyers that he should be released pending the appeal of his conviction for lying to police about a racist and homophobic attack in Chicago. (AP Photo/Charles Rex Arbogast)

The appeals court said Smollett could be released after posting a personal recognizance bond of $150,000, meaning he didn’t have to put down money but agrees to come to court as required.

Smollett defense attorney Nenye Uche, speaking to reporters outside the jail after Smollett left, said the Smollett family is “very very happy with today’s developments.” Uche said during his time at the jail, Smollett had not eaten and drank only water, though he did not say why.

He criticized the special prosecutor’s decision to charge Smollett again, after the initial charges were dropped by Cook County State’s Attorney Kim Foxx, and he paid a fine. He also called Judge James Linn’s sentence excessive for a low-level felony, adding that the appellate court doesn’t “play politics.”

“The real question is: Should Black men be walked into jail for a class 4 felony? Shame on you if you think they should,” Uche said.

“His conduct denigrated hate crimes,” Webb said after the hearing. “His conduct will discourage others who are victims of hate crimes from coming forward and reporting those crimes to law enforcement.”

Smollett’s attorneys had argued he would have completed the sentence by the time the appeal process was completed, and that Smollett could be in danger of physical harm if he remained locked up in Cook County Jail.

The office of the special prosecutor called the claim that Smollett’s health and safety were at risk “factually incorrect,” in response to his motion, noting that Smollett was being held in protective custody at the jail.

The court’s decision marks the latest chapter in a strange story that began in January 2019 when Smollett reported to Chicago police that he was the victim of a racist and homophobic attack by two men wearing ski masks. The manhunt for the attackers soon turned into an investigation of Smollett himself and his arrest on charges that he’d orchestrated the attack and lied to police about it. 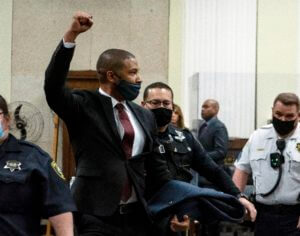 Actor Jussie Smollett is led out of the courtroom after being sentenced at the Leighton Criminal Court Building, Thursday, March 10, 2022, in Chicago. Jussie Smollett maintained his innocence during his sentencing hearing Thursday after a judge sentenced the former “Empire” actor to 150 days in jail for lying to police about a racist and homophobic attack that he orchestrated himself.(Brian Cassella/Chicago Tribune via AP, Pool)

The investigation revealed Smollett paid two men he knew from work on the TV show “Empire” to stage the attack.

A jury convicted Smollett in December on five felony counts of disorderly conduct — the charge filed when a person lies to police. He was acquitted on a sixth count. Judge James Linn sentenced Smollett last week to 150 days in jail — with good behavior he could have been released in as little as 75 days.

Uche said the first thing Jussie did when learning the news was push his hands on the glass between them, and said he nearly lost hope in the U.S. constitutional system. “I think he had nearly given up,” Uche said.

He said the next step will be to file an appeal of the verdict. 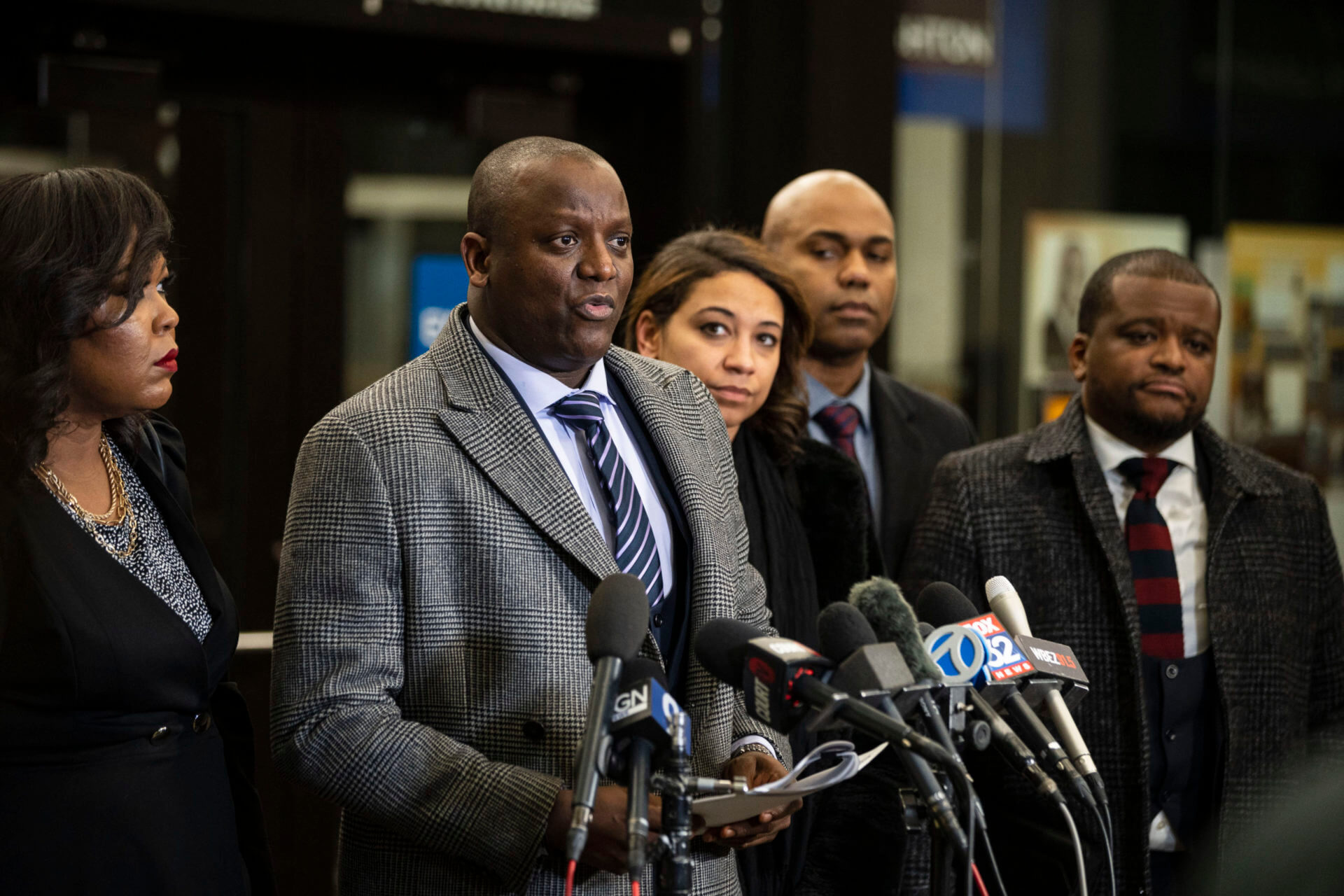 Jussie Smollett's lead attorney Nenye Uche speaks to reporters at the Leighton Criminal Courthouse after former "Empire" star Smollett, was sentenced to 150 days in jail and 30 months of probation for staging a hate crime near his Chicago apartment in 2019, Thursday, March 10, 2022. He was also ordered to pay $120,000 in restitution to the city of Chicago and fined $25,000. (Anthony Vazquez/Chicago Sun-Times via AP)
MORE NEWS