OMAHA, Neb. (AP) — A man sentenced to death for the killing and dismemberment of a Lincoln woman he met through the dating app Tinder lost his initial appeal in which he argued he should have been granted a mistrial after violently disrupting his own trial. 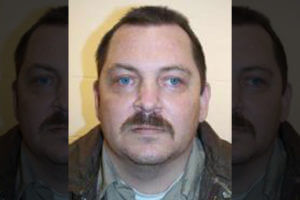 The Nebraska Supreme Court on Thursday rejected the appeal of Aubrey Trail, 56, who was convicted of first-degree murder in the 2017 death of 24-year-old Sydney Loofe and sentenced to death last year. Trail’s girlfriend at the time of Loofe’s death, Bailey Boswell, was also convicted as an active participant in Loofe’s death and sentenced last November to life in prison.

The high court rejected all of Trail’s appeal claims, which included arguments that the trial court violated his constitutional rights by excluding potential jurors who indicated they would not be able to perform jury duties dictated by Nebraska law because they were opposed to the death penalty.

Trail’s claims also included the arguments that the judge should have declared a mistrial — or later, granted a request for a new trial — after Trail disrupted the third day of his trial by yelling, “Bailey is innocent, and I curse you all!” before cutting his own throat with a razor blade he had obtained in jail and sneaked into the courtroom.

In denying Trail’s motions for a mistrial or new trial, the district court found that Trail’s act of self-harm was “a calculating gesture.” On Thursday, the state’s high court said it would not second-guess the trial court’s decision in the matter. The Supreme Court cited other appeals court cases that also ruled against defendants who had disrupted their own court hearings, saying that to allow mistrials in such cases “would provide a criminal defendant with a convenient device for provoking a mistrial whenever he chose to do so.”

“As with these other defendants, we will not permit Trail to benefit from his own bad behavior during trial,” Justice John Freudenberg wrote for the court in its unanimous ruling.

Prosecutors said Trail and Boswell planned the abduction and killing of Loofe, whom Boswell met using the online dating app Tinder. Two days after Boswell and Loofe met for a date on Nov. 14, 2017, Loofe’s mother reported her missing. Loofe’s dismembered remains were found weeks later, stuffed into garbage bags that had been dumped in a field near Edgar, about 90 miles (145 kilometers) southwest of Lincoln.

Trail later told investigators that he strangled Sydney Loofe with an extension cord, prosecutors said. He and Boswell then dismembered and disposed of Loofe’s body with items they bought at a home improvement store the day before her death.

Neither an attorney for Trail nor the Nebraska Attorney General’s Office immediately responded Thursday to requests for comment on the ruling.