MEMPHIS, Tenn. (WTVF) — Memphis Police say the father of a missing two-day-old girl has been charged with killing the infant and her mother. 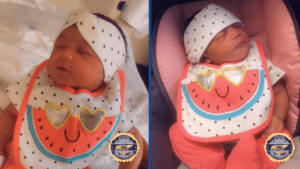 Police say that even though Kennedy Hoyle hasn’t been located, evidence suggests that she is dead.

The mother, Danielle Hoyle, was found shot and killed inside a vehicle in Memphis Tuesday.

This story was originally published Feb. 2, 2022, by WTVF in Nashville, an E.W. Scripps Company.