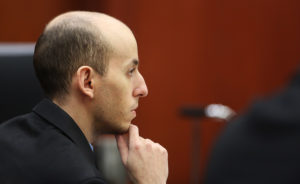 Grant Amato’s defense team has stated publicly that no physical evidence exists linking Grant to the murders. The defendant has undergone evaluation by a neurologist and/or psychologist and received approval from the court to be transported to a facility for an MRI of his brain, according to court filings.

The defense also hopes to poke holes in the State’s timeline by introducing timestamp evidence gathered from the victims’ smartphones.

According a defense motion:

Through a flurry of motions, the defense has tried to keep many categories of the circumstantial evidence away from jurors.

During jury selection, Assistant Public Defender Jeff Dowdy wanted to ask potential jurors about child abuse, hinting this may be part of the defense’s case.

Several family members told police Chad Amato could be abusive to his children at times. Jason Amato said he moved out of the house because of abuse and problems getting along with Chad. Chad was not Jason’s biological father but adopted him at age 3, according to Jason’s statement to police. Jason said he never knew Chad to physically abuse Cody or Grant and said sexual abuse was never a factor. During the recorded police interview video when Jason and Cody discussed the deaths, the two talk about the problems caused by Chad. Ultimately, Jason calls him a “good man” who loved Grant and did not deserve to die.