DANIA BEACH, Fla. (AP) — Investigators in South Florida have arrested a 62-year-old woman who is accused of fatally shooting her brother and burying him in a backyard seven years ago.

A Broward Sheriff’s Office Det. John Curcio received a tip in June from a retired law enforcement officer about the death of Donald Shoff. 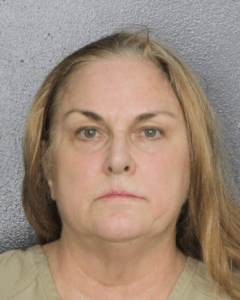 The detective then contacted Shoff’s sister, Darlene Ann Shoff-Brock, to set up an interview, WPLG reported, and she told him her brother had been living out of the country for the last few years, sheriff’s spokeswoman Veda Coleman-Wright said. The next day, the woman’s attorney contacted the detective to cancel the interview.

On July 9, detectives and crime scene technicians located the brother’s remains in the yard where the tipster said he was buried.

The Broward Medical Examiner’s Office determined on July 19 that the man had been shot in the back of the head, Coleman-Wright said.

“Additionally, detectives said the Pinellas County Forensic Lab confirmed on Aug. 4, 2021, the remains of the murder victim were consistent with being the biological child of Shoff-Brock’s mother,” she said.

Evidence from the remains and witness statements led detectives to believe that Shoff was killed in May 2014.

Shoff-Brock was arrested on a first-degree murder charge Wednesday, according to jail records, which did not name the woman’s lawyer.