MILWAUKEE (AP) — Prosecutors in southeastern Wisconsin have charged a former professional clown with killing his newborn daughter 30 years ago. 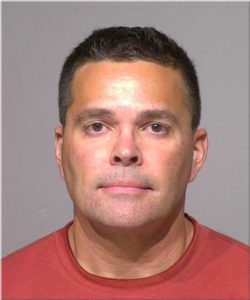 WITI-TV reported that Schroeder, who was once known as Silly the Clown, was an initial suspect after doctors ruled the newborn died of what they said was shaken baby syndrome.

But the Milwaukee County medical examiner reviewed the newborn’s autopsy in June and determined she actually died of blunt force trauma to the head and ruled her death a homicide.

Schroeder made his initial court appearance in Milwaukee Thursday. Court Commissioner Katryna Childs Rhodes remarked that it took time to piece together the case against him and set cash bail at $350,000. He’s due back in court on Sept. 2 for a preliminary hearing.

His defense attorney, listed in court records as Meera Al-Henaey, declined to comment when reached by The Associated Press on Friday.

Schroeder also was charged in Waukesha County on Wednesday with child abuse in connection with a 2005 case involving a 5-week-old child, WITI-TV reported.