Tiara Lynn Ford, 23, is charged with one count of rape, a first-degree felony, and two counts of gross sexual imposition, both fourth-degree felonies, according to Massillon police.

The alleged crimes occurred when Ford was employed at The Inn at University Village. 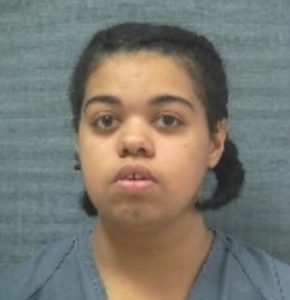 Ford was arrested at her home following a two-week investigation that revealed video recordings of her “sexually assaulting elderly residents of the facility,” police said. Authorities said they believe Ford used her personal phone to record the alleged assaults. Those videos were emailed to the facility in February by a person that police are not identifying. The facility immediately contacted police and “has been in full cooperation with the investigation.”

“Shock. Shock. That’s about the best way to describe my reaction to this,” said Massillon Police Detective David McConnell.

According to McConnell, Ford resigned from the facility in December. But some time before then, investigators believe Ford recorded herself committing sex crimes on residents with dementia.

“Some of them couldn’t even speak. You know, they’re elderly, didn’t know what was going on and she did it for her own personal gratification” McConnell said.

Once in custody, Ford admitted to filming the assaults, McConnell told WEWS. “And she admitted to all these, admitted to taking these videos of herself,” McConnell said.

The facility, which according to its website, provides senior assisted living and Alzheimer’s and dementia care, released the following statement regarding Ford’s arrest:

“The safety and well-being of our residents is our highest priority. We have recently been notified that a former employee was involved in mistreating residents. We immediately notified the involved families, police department and other appropriate authorities. We are fully cooperating with the authorities in their investigation. Because of the ongoing investigation and HIPAA laws, we are unable to comment further at this time.”

Because of the disturbing videos, Massillon police are keeping their investigation open, wondering if there could be more victims. Detectives want to hear from families who may have concerns.

“I don’t believe there are, but we are going to make sure there are not,” McConnell said. 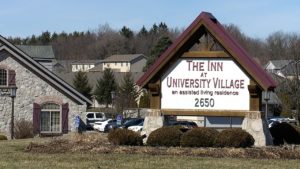 Pete Van Runkle, the executive director of the Ohio Health Care Association, said oversight for a state tested nursing assistant (STNA) is done by employers and the Ohio Department of Health if complaints are made. Facilities where STNA’s work are also required to do a background check on them.

“There is a requirement for a fingerprint-based background check,” Van Runkle said.

Following Ford’s arrest, she was taken to the Stark County Jail where she is currently being held. Court records show she has an arraignment scheduled for March 11.

Anyone with information about the case is asked to call the Massillon Police Department Tip Line at 330-830-1734.

This story was originally published March 4 by WEWS in Cleveland, an E.W. Scripps Company.