SIOUX FALLS, S.D. (AP) — A former Sioux Falls high school teacher accused of having an inappropriate relationship with a student has reached a plea deal. 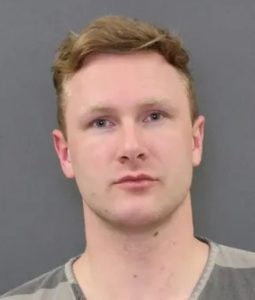 Daylan Fargo, 27, pleaded guilty to soliciting a minor in Minnehaha County Tuesday. Charges of having sexual contact with a child under 16 and sexual exploitation of a minor will be dropped. The deal calls for a maximum five years in prison.

Fargo was charged in January after the victim’s family went to police about the relationship, which began in 2017 when the student was 14.

Fargo had been an assistant show choir director at Washington High School.

Fargo was arrested in February, shortly after a parent of a student at Washington High School filed a protection order against him. The protection order alleges that the former assistant choir director had inappropriate contact with a teenager at the school and “stalked” the teen at home.

No sentencing date has been scheduled.