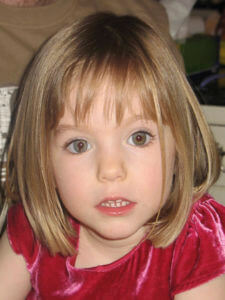 BERLIN (AP) — A suspect in the disappearance of British toddler Madeleine McCann faces another investigation over the alleged rape of an Irish woman in Portugal 16 years ago, German prosecutors said Tuesday.

German authorities in June said they had identified the German man as a suspect in the case of McCann, who disappeared from an apartment in 2007 while her family vacationed in the seaside town of Praia da Luz in Portugal’s Algarve region, and were investigating him on suspicion of murder.

Braunschweig prosecutor Hans Christian Wolters said the new possible victim came forward to British media following an international call for witnesses, news agency dpa reported. The German is now being investigated on suspicion of raping the Irish woman in the Algarve region in 2004, he said.

The suspect, who is currently in prison in Germany in a separate case, spent many years in Portugal, including in Praia da Luz around the time of Madeleine’s disappearance. He has two previous convictions for “sexual contact with girls,” authorities say. They have said, however, that they do not currently have enough evidence to hold him in prison on the strength of the McCann case alone.

Wolters said there is “no new situation” regarding the evidence that investigators have on the McCann case, and wouldn’t give further details or elaborate on the nature of the evidence.