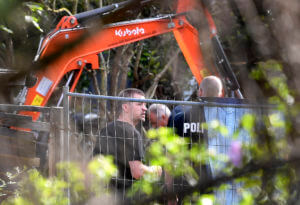 HANNOVER, Germany (AP) — German police investigating the 2007 disappearance of British girl Madeleine McCann in Portugal were searching a garden plot Wednesday on the outskirts of Hannover, northern Germany, for a third day in a row.

Police were using excavators, sniffer dogs, shovels and rakes to investigate the plot. On Wednesday, investigators put up two tents and continued to dig even further into the ground after they had cut down trees and bushes earlier this week, the German news agency dpa reported.

Prosecutors did not say what the investigators were looking for. A spokeswoman for the Braunschweig prosecutor’s office only said Wednesday she could not comment further than that the activities on the site were connected to their investigation regarding Madeleine. It was also not clear how much longer investigators would search the plot.

Madeleine was 3 at the time of her 2007 disappearance from an apartment while her family vacationed in the seaside town of Praia da Luz in Portugal’s Algarve region.

German authorities said last month they had identified a 43-year-old German citizen as a suspect in the case and are investigating him on suspicion of murder. 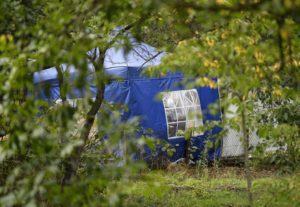 The suspect, who is currently in prison in Germany, spent many years in Portugal, including in Praia da Luz around the time of Madeleine’s disappearance, and has two previous convictions for “sexual contact with girls,” authorities have said.

Authorities have not released the suspect’s name, but he has been widely identified by German media as Christian B.

He was last registered living in Germany in the city of Braunschweig, which is about 70 kilometers (40 miles) from Hannover. Between 2013 and 2015, the suspect spent time in both Portugal and Germany. He ran a kiosk in Braunschweig and also lived in Hannover for several years, dpa reported.

At the garden plot, investigators even removed parts of the foundation of a former cabin from the ground that once stood there, dpa reported. A man on a neighboring plot told the news agency that the garden, where blackberry bushes and a cheery tree grow, had not been used for the last two years. 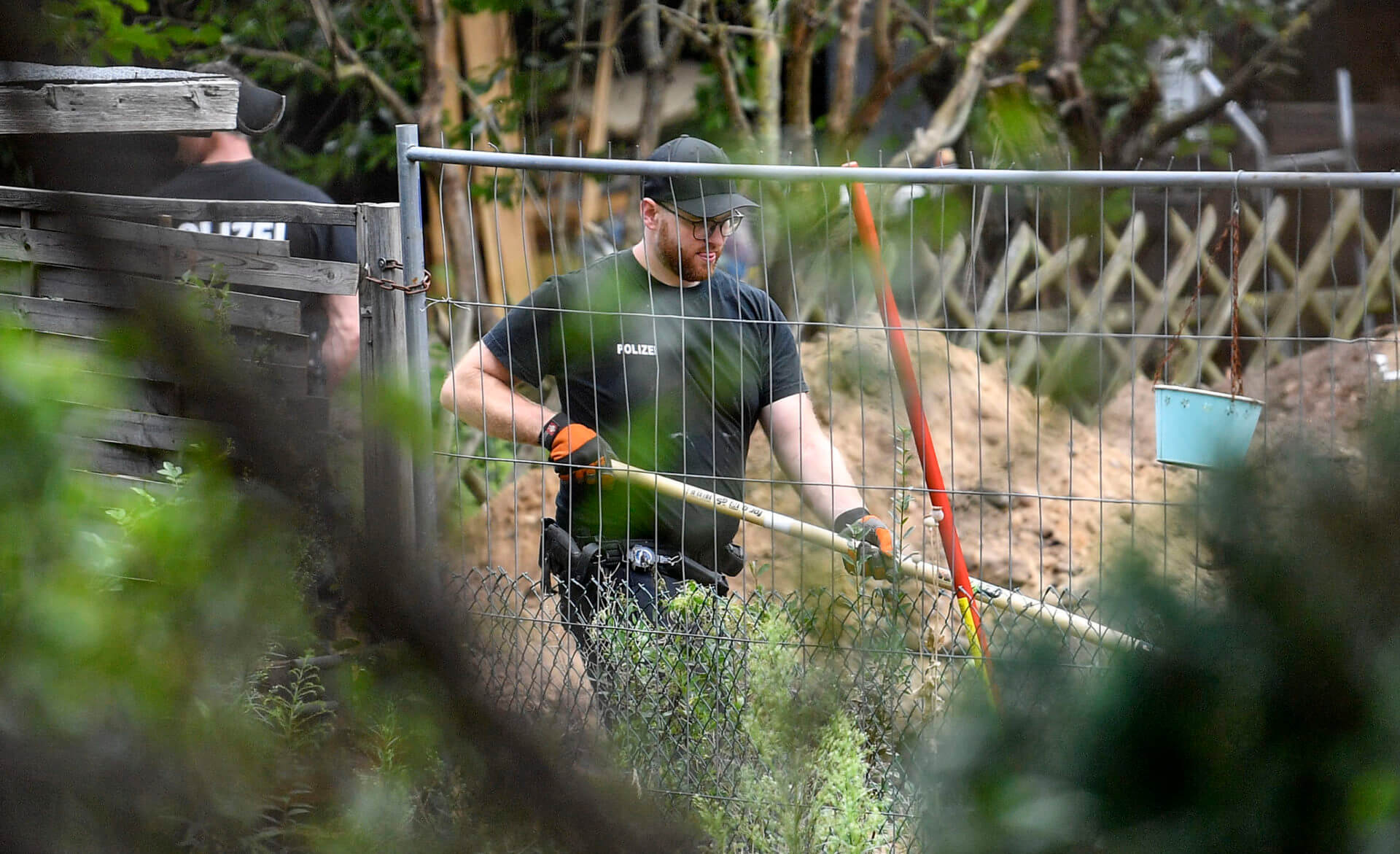