NEW YORK (AP) — Cuba Gooding Jr. is facing a growing cast of sexual misconduct accusers, with prosecutors Tuesday unveiling new criminal charges against the actor and telling a judge they intend to have up to a dozen women testify that he violated them, too. 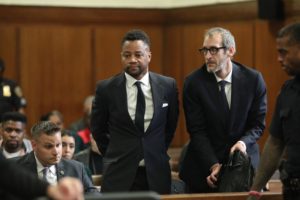 Standing in a New York City courtroom, Gooding pleaded not guilty to an indictment that included the new charges, which allege he pinched a woman’s buttocks at a Manhattan nightclub in October 2018 after making a sexually suggestive remark to her earlier in the night.

The indictment expands a case that started with Gooding’s arrest in June after a 29-year-old woman told police that the actor, who won an Oscar for his role in “Jerry Maguire,” squeezed her breast without her consent at another Manhattan night spot. No trial date has been set.

Gooding’s lawyer, Mark Heller, argued the case against him is an example of the #MeToo movement run amok and that overzealous prosecutors are looking to turn “commonplace gestures” into crimes.

The new criminal allegation, Heller said, is the result of a failed shakedown attempt in which the accuser approached Gooding for a confidential settlement after his arrest and then went to the authorities only after he refused to pay up.

“We are shocked, outraged and absolutely dumbfounded that the district attorney’s office has wasted the taxpayers’ money, resources and time in charging Cuba with these two incredulous cases,” Heller told reporters outside the courthouse. He said video evidence would exonerate his client.

Gooding, 51, was released on his own recognizance and didn’t comment as he left court. Wearing a charcoal suit and black tie, he smiled as one of his lawyers whispered into his ear as they walked out of the courtroom. In the hallway, several people there for other business cheered as he got into an elevator. 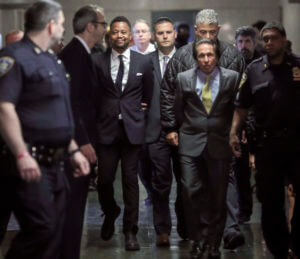 Cuba Gooding Jr., third from left, is escorted handcuffed as he arrives in court to face sexual misconduct charges, Tuesday Oct. 15, 2019, in New York. Gooding Jr. pleaded not guilty to an indictment alleging two instances of sexual misconduct. The new charge involves an alleged incident in October 2018. The defense paints it as a shakedown attempt. (AP Photo/Bebeto Matthews)

Gooding nodded and winked at well-wishers outside the courtroom. Asked if he had a message for his fans, Gooding said: “I love you!”

Beyond the criminal charges, Gooding’s trial could turn into a referendum on his behavior with women for the better part of his career, as prosecutors look to bolster their case with a parade of potential witnesses who say he violated them in similar settings — bars, hotels and restaurants — as far back as 2001.

Some of the alleged incidents happened outside of New York City, in places such as Los Angeles, Dallas and Albuquerque, New Mexico, and some are outside of the statute of limitations. None have resulted in criminal charges, but state law allows prosecutors to call accusers not involved in the criminal case as witnesses as they look to show a pattern of misconduct.

In seeking to have other accusers testify, prosecutors appear to be echoing the strategy Philadelphia-area prosecutors used last year in convicting Bill Cosby at his sexual assault retrial and that Manhattan prosecutors are preparing to use in their prosecution of movie mogul Harvey Weinstein.

In court papers seeking a judge’s permission to have the women testify, Gooding prosecutor Jenna Long said the alleged incidents from his past make clear “that his contacts with (women’s) intimate parts are intentional, not accidental, and that he is not mistaken about their lack of consent.”

The judge, Curtis Farber, said he would rule on the request in December.

In one of the incidents described by prosecutors, at the W Hotel in Los Angeles in 2001, a woman said Gooding approached her from behind, rubbed his groin and pelvis against her buttocks and then grabbed her buttocks and breast with her hand. The woman said she hadn’t talked to Gooding prior to that. 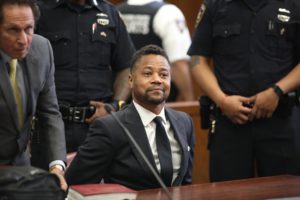 In another incident, at a Los Angeles bar in 2011, another woman who didn’t know Gooding said he grabbed her by the arm as she walked to the bathroom, reached inside her blouse, squeezed her bare breast and told her a sexual maneuver that he wanted her to perform.

One accuser confronted Gooding over his alleged behavior, punching him in the neck or chest and yelling at him when she happened to see him months after he allegedly reached under her skirt and touched her genitals through her undergarments without consent at a Malibu, California, bar.

Heller, Gooding’s lawyer, said prosecutors are adding charges and amplifying long-ago allegations to shore up an otherwise weak case. Gooding’s trial, on the June allegation, had been scheduled to begin this month.

“The district attorney’s office has tormented Mr. Gooding knowing his career and his life are on hold by cruelly delaying (this case),” Heller said in court. 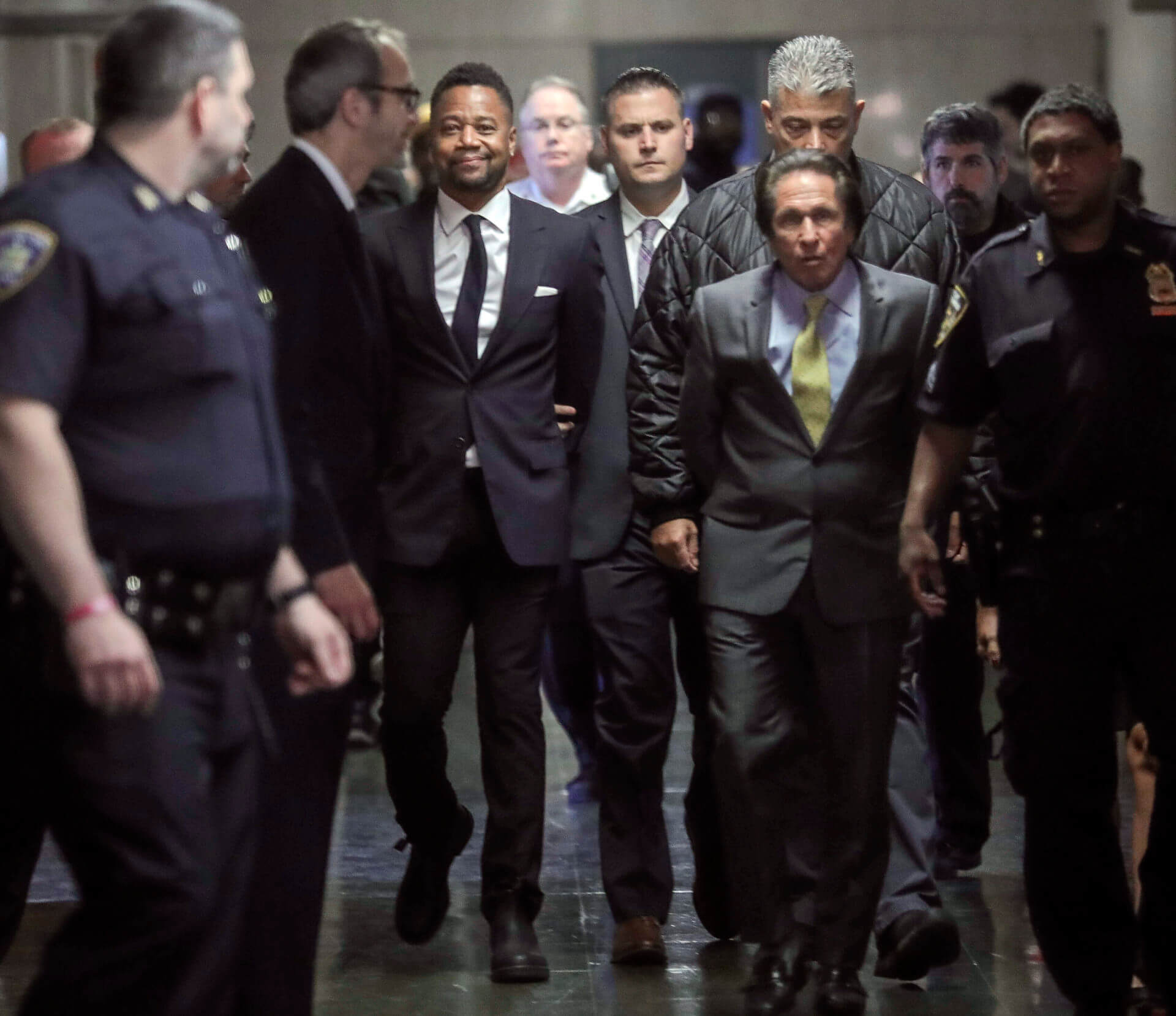 Cuba Gooding Jr., third from left, is escorted handcuffed as he arrives in court to face sexual misconduct charges, Tuesday Oct. 15, 2019, in New York. Gooding Jr. pleaded not guilty to an indictment alleging two instances of sexual misconduct. The new charge involves an alleged incident in October 2018. The defense paints it as a shakedown attempt. (AP Photo/Bebeto Matthews)
MORE NEWS