SPRINGFIELD, Ill. (AP) — An Illinois child welfare worker was stabbed to death during a home visit in a town south of Springfield, authorities said.

Diedre Silas, 36, an investigator for the state Department of Children and Family Services, was conducting a welfare check Tuesday on children living in the home in Thayer when she was stabbed, according to Sangamon County Sheriff Jack Campbell. 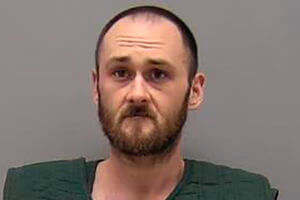 Thayer is located 23 miles (37 kilometers) south of the capital city.

Authorities arrived at the scene just before 4:30 p.m. Tuesday and found what appeared to be blood near the door. They forced their way into the house and found the victim dead inside. Police obtained a search warrant and collected evidence that helped them find Reed at a Decatur hospital around 6:30 p.m., authorities said.

Reed was treated for a minor injury and taken to the Sangamon County Jail, where bond for his release was set at $5 million on Wednesday morning.

Silas had just joined the department in August after working in the behavioral health field for seven years at the Department of Juvenile Justice, according to a statement by Council 31 of the American Federation of State, County and Municipal Employees, which represents DCFS employees.

“This tragedy is a stark reminder that frontline DCFS employees like Deidre do demanding, dangerous and essential jobs every day, often despite inadequate resources and tremendous stress,” AFSCME Executive Director Roberta Lynch said.