Judge Jennifer Dorow denied a change of venue request for Darrell Brooks, who faces 83 charges in Waukesha County Court. She said in part the defense failed to demonstrate evidence of bias in the community that would prevent a fair trial. 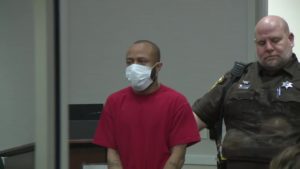 The judge also denied a request to select jurors from a different county.

The judge spoke for more than an hour, citing many cases. She explained why she believes an impartial jury can be selected from within the county.

“What is important and constitutionally required is that the jurors be impartial,” Judge Dorow said. “This factor is focused on whether the perspective jurors can set aside their prior knowledge of the case and return a verdict based on the facts and information presented at trial.”

Brooks attorneys also stated he intends to change his plea to not guilty by reason of mental defect or disease.

Brooks and his attorneys wanted the judge to either move the trial out of Waukesha County, or bring in a jury from another county. They said in part the case is too prevalent in the community for a jury to be impartial.

“The problem is that those here know their neighbors, know their kids’ friends, the reminders in storefronts, front porches, yards, city hall, barricades at public events,” defense attorney Jeremy Perri said. “It’s more than just a high-profile case where a lot of people know about it.”

They cite the responses from more than 1,500 jury questionnaires. Those were sent out months ago to see whether an impartial jury could be seated.

Prosecutors say there’s no need for a change of venue.

“People put out blue lights and they hung up Waukesha Strong signs,” said Waukesha County District Attorney Susan Opper. “Where’s the prejudice to Mr. Brooks in that? Do the signs say Darrell Brooks is guilty?”

Ultimately the judge said an impartial jury can be found through jury selection closer to trial, where she and the attorneys can further question potential members of the jury in person. That’s when they can ask about their opinions and what they have seen or read about the case.

There were several victims in court on Monday. They did not choose to speak to the judge.

This story was originally published June 20 by WTMJ in Milwaukee, an E.W. Scripps Company.