FORT LAUDERDALE, Fla. (AP) — A jury of seven men and five women was chosen Tuesday for a penalty trial to decide whether Florida school shooter Nikolas Cruz should be sentenced to death or get life in prison for the 2018 attack, capping a nearly three-month winnowing process that began with 1,800 candidates. 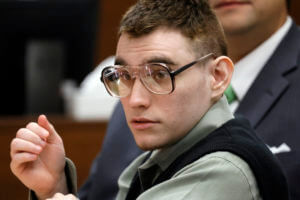 Marjory Stoneman Douglas High School shooter Nikolas Cruz is shown at the defense table during jury selection in the penalty phase of his trial at the Broward County Courthouse in Fort Lauderdale, Fla., on Tuesday, June 28, 2022. The jury that is seated will decide whether Cruz is sentenced to death or receives life without parole for murdering 17 people at the school on Feb. 14, 2018. (Amy Beth Bennett/South Florida Sun-Sentinel via AP, Pool)

The jurors were picked from a final group of 53 candidates by prosecutors and defense attorneys. Those chosen survived three rounds of questioning that began on April 4 and dragged on through numerous delays caused by illnesses and other factors. Eight to 10 alternates were still being selected.

The jury will decide whether Cruz, 23, receives the death sentence or life in prison without parole for the murders of 14 students and three staff members at Parkland’s Marjory Stoneman Douglas High School on Feb. 14, 2018.

Cruz pleaded guilty in October to those murders and 17 counts of attempted murder, so the jurors will only decide his punishment. They must be unanimous for Cruz to get the death penalty — if at least one votes for life, that will be Cruz’s sentence.

The jurors chosen are two banking executives and two technology workers, a probation officer, a human resources professional and a Walmart store stock supervisor. Also included are a librarian, a medical claims adjuster, a legal assistant and two retired executives from the insurance and health care fields.

Each side was given the opportunity to persuade Circuit Judge Elizabeth Scherer that a particular candidate was biased. And if she disagreed, each side also had 10 peremptory challenges where they could eliminate candidates for any reason except race or gender. The defense used seven and the prosecution used four. 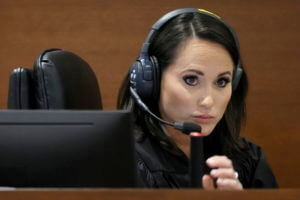 Judge Elizabeth Scherer participates in a sidebar discussion via headset during jury selection in the penalty phase of the trial of Marjory Stoneman Douglas High School shooter Nikolas Cruz at the Broward County Courthouse in Fort Lauderdale on Tuesday, June 28, 2022. Cruz previously plead guilty to all 17 counts of premeditated murder and 17 counts of attempted murder in the 2018 shootings. (Amy Beth Bennett/South Florida Sun Sentinel via AP, Pool)

The panel will have a task never faced by a U.S. jury — no American mass shooter who killed at least 17 people has ever made it to trial. Nine others died during or immediately after their shooting attacks, killed either by police or themselves. The suspect in the 2019 slaying of 23 at a Walmart store in El Paso, Texas, is awaiting trial.

In the first phase of jury selection, the prospective panelists were simply asked if their employment and life circumstances would allow them to serve the four months the trial is expected to last. About 80% were eliminated because their employers wouldn’t pay them, they are self-employed, or they had school obligations or vacations planned.

In the second phase, the 300 remaining panelists were asked their opinions on the death penalty and whether they could be fair to Cruz. Finally, about 85 were asked about their lives and work histories, whether they could stomach seeing gruesome crime scene and autopsy photos and even if they play violent video games and believe white people have advantages in society not available to racial minorities.

The selection process was upended several times. One day, the sheriff’s deputies who guard the courtroom thought some potential jurors were about to attack Cruz and pulled him to safety as they quickly removed the threatening panelists. On another day, Scherer had to dismiss a group of potential jurors because one wore a T-shirt referencing the shooting that supported the victims and survivors. Selection also was delayed for two weeks when lead defense attorney Melisa McNeill contracted COVID-19.

The jurors will be exposed to graphic evidence, including crime scene and autopsy photos and tour the three-story classroom building where Cruz methodically stalked the halls, shooting at anyone in front of him and into classrooms. It has not been cleaned since the shooting and remains bloodstained and bullet-pocked, with Valentine’s Day gifts strewn about. 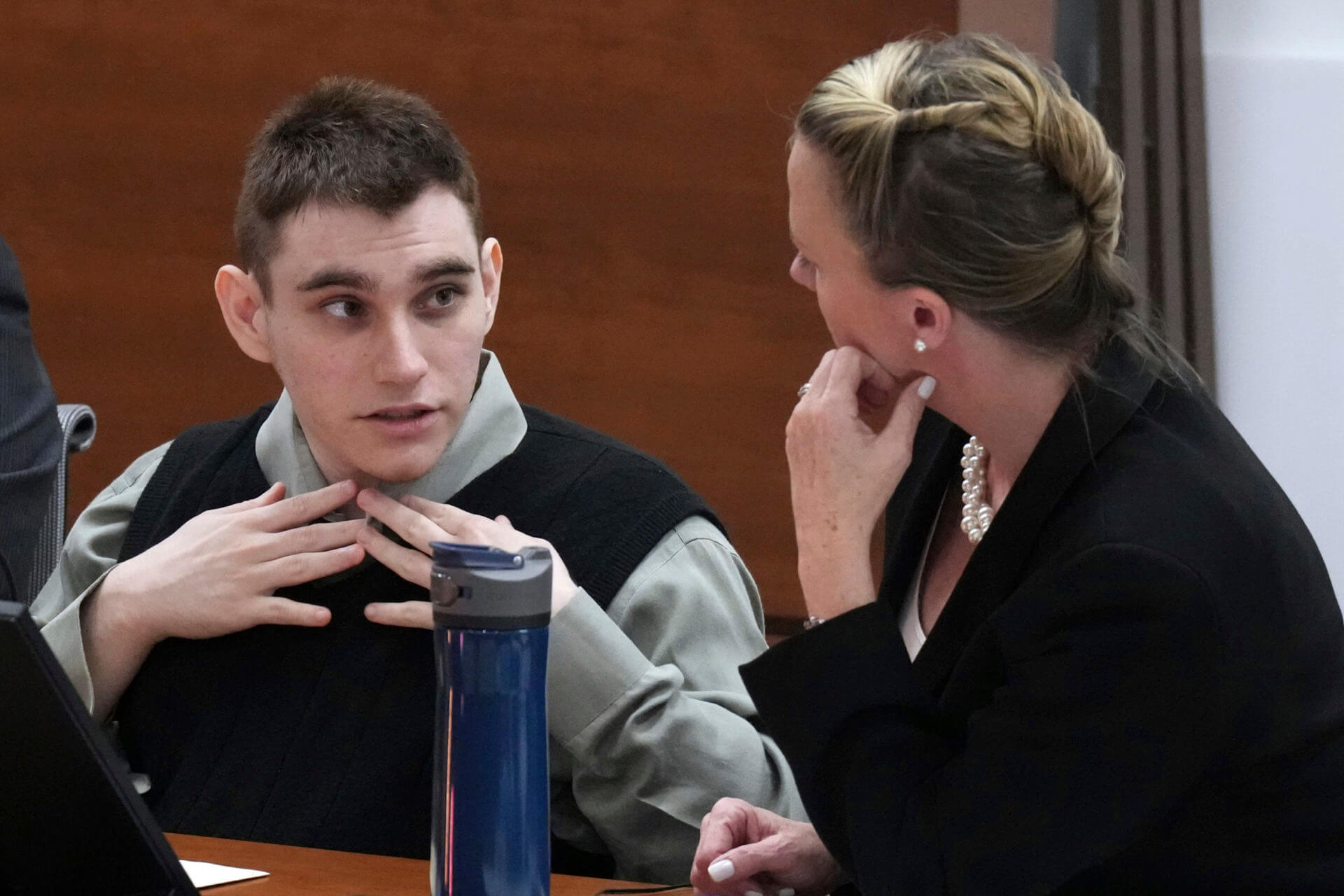 Marjory Stoneman Douglas High School shooter Nikolas Cruz fixes his collar as he speaks with Assistant Public Defender Melisa McNeill during jury selection in the penalty phase of his trial at the Broward County Courthouse in Fort Lauderdale on Tuesday, June 28, 2022. Cruz previously plead guilty to all 17 counts of premeditated murder and 17 counts of attempted murder in the 2018 shootings. (Amy Beth Bennett/South Florida Sun Sentinel via AP, Pool)
MORE NEWS