GREEN COUNTY, Ky. (WLEX) — Recently, less than five minutes after a jury was brought into a Kentucky courtroom for the start of a trial day, a judge put a stop to the proceeding.

Judge Samuel Spalding focused his attention on the status of the defendant’s attorney, Bethany Stanziano.

According to a court document, Judge Spalding wrote that based on the speech, demeanor, and appearance of Stanziano, he suspected that she was under the influence of illegal substances.

WLEX obtained a copy of the video from the proceeding inside the Green County Circuit Courtroom.

The video is from the morning of March 9. Before the jury was invited into the courtroom, the judge interrupted Stanziano to ask a question.

“Miss Stanziano, I want to ask this question, ma’am,” said Judge Spalding. “Are you impaired today on something? Are you under the influence of narcotics here today?”

Stanziano replied, “No, no, I’m not your honor.” The proceedings continued and a jury was brought into the courtroom.

However, minutes later when asked by the judge if she was ready to proceed, Stanziano said she was not. That question led to the following exchange.

“Well anything that you need to make on the record other than what you’ve already made?” asked Spalding.

“Alright, ladies and gentlemen of the jury. And I hate to do this, but there is an issue that we’re gonna have to try to deal with outside your presence that may have an effect on us moving forward today,” said Spalding in response.

The judge and attorneys then left the jury and continued discussions on another floor.

The attention turned away from the case to the state of Stanziano. She denied she was under the influence of any narcotics. The attorney told the judge she was in a lot of pain and has seen many specialists.

“I can’t focus because the pain in my feet, and the right leg, from the knee down, is excruciating,” said Stanziano. 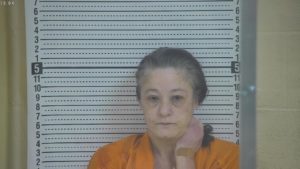 However, the judge said her medical documents submitted before trial didn’t support the state of pain she claimed.

In the contempt order filed following this proceeding, Judge Spalding wrote that the Court ordered her to submit for a drug test, but she refused.

“And you’ve assured me that you are clean and that these drug screens would be negative. Therefore there should not be an issue with you taking it. And if you’re not ma’am, I’m going to have to take action here,” said Judge Spalding.

Stanziano replied by saying that she wanted to seek her counsel. Spalding responded by ordering her to be remanded into custody.

One minute later, a deputy can be seen pushing her wheelchair out of the courtroom. She was taken to the Taylor County Detention Center.

Two days later, on Friday, March 11, the judge wrote a new order stating he had been advised that Stanziano would comply with the drug screen order. The order read that if she submitted a hair and urine sample for testing, she would immediately be released from jail.

Officials at the Detention Center say that Stanziano was, in fact, released that same day.

WLEX tried to reach Stanziano’s law office in Adair County, but we got a message saying the number was temporarily disconnected.

Bethany Stanziano is the widow of Mark Stanziano, an attorney in Pulaski County. He was shot and killed outside of his office in 2014. His killer, Clinton Inabnitt, pleaded guilty, but mentally ill, to murder.

This story was originally published March 14 by WLEX in Lexington, an E.W. Scripps Company.