LOUISVILLE, Ky. (WLEX) — A Louisville doctor has been charged in a murder-for-hire case.

The Department of Justice says Dr. Stephanie Russell was attempting to contact someone for hire to murder her ex-husband. Russell was actually in contact with an FBI undercover employee, according to court records. 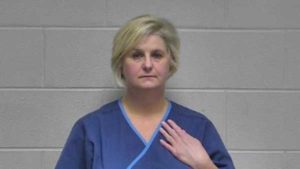 Federal officials say Russell had agreed to pay $7,000 for the murder. On May 18th, she allegedly placed $3,500 outside her medical office in a dropbox as half of the payment. The FBI arrested Russell the next day.

Russell made her first court appearance on Friday. She is scheduled for preliminary and detention hearings on Tuesday, May 24th.

If convicted, Russell faces a maximum sentence of up to 10 years in federal prison.

This story was originally published May 20 by WLEX in Lexington, an E.W. Scripps Company.