Adrion Trevor Smart was found guilty of six felony charges, including: forcible oral copulation, kidnapping for purposes of a forcible sex crime, carjacking, robbery, and reckless evasion of peace officer in a motor vehicle. The jury also found Smart guilty of allegations that the crimes involved the use of a firearm and caused great bodily injury to the victim. 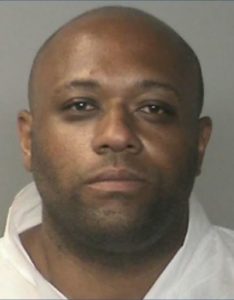 According to the Kern County District Attorney’s Office:

Smart used the Uber ride-hailing service on Jan. 1, 2021. During the trip he solicited the driver for sex, which the male Uber driver rejected. When the Uber vehicle arrived at the destination, Smart pulled a firearm on the driver and forced the victim to pull down his pants and orally copulated the victim while holding him at gun point. Smart then assaulted the victim with a firearm when the victim attempted to crash the vehicle to escape.

Smart threw the victim out the vehicle and left him in the street, then took the victim’s vehicle, wallet, and phone. The victim sought help from a nearby residence. Two hours after the incident Smart led Bakersfield Police on a seven-mile chase which ended after Smart crashed, according to the district attorney’s office

“Ride-sharing services that effectively place strangers in the same vehicle together expose all parties to risks that are unique to the way these services are provided. Users and drivers of ride-sharing services should take precautions, including traveling with trusted friends, sitting only in the back seats, and sharing trip details with friends and family. Drivers can benefit from video surveillance and verifying names of riders and discouraging or not allowing front-seat riders.”

Smart faces a sentence of 75-years-to-life in prison and sex offender registration.

This story was originally published Oct. 1, 2021, by KERO in Bakersfield, Calif., an E.W. Scripps Company.