ATHENS, Ala. (AP) — A longtime Alabama sheriff will be removed from office after jurors on Monday found him guilty of charges of theft and using his office for personal gain.

News outlets report that jurors convicted Limestone County Sheriff Mike Blakely of two counts but found him not guilty of eight others. Blakely was taken into custody, although he was not placed in handcuffs. 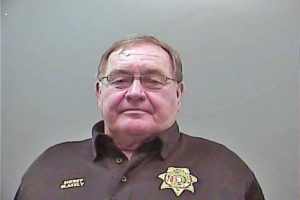 Chief Deputy Attorney General Clay Crenshaw said Blakely will be immediately removed from office. The two convictions relate to accusations that Blakely borrowed money from a jail safe used to hold inmates’ money and that he deposited campaign funds in his personal account.

“Today Sheriff Blakely has been held to account for felony violation of the Alabama ethics law as well as a theft charge.”

Blakely defense lawyers told reporters that they will appeal.

Blakely, 70, took the stand to deny any wrongdoing.

Initially elected in 1982, Blakely told jurors he sometimes put campaign funds into his personal account because his campaign treasurer lived hours away and encouraged him to deposit the money as reimbursement for campaign expenses.

While testimony showed Blakely sometimes left IOUs and took money from a jail safe used to hold inmates’ money, he said that wasn’t a crime.

Blakely didn’t deny gambling at casinos during trips to the Gulf Coast and Nevada for law enforcement conferences, but he said the outings didn’t cost taxpayers extra and denied accusations that an employee sent him money because he was broke from losses.

Blakely was indicted in 2019, but the case was delayed several times because of reasons including the pandemic.