BALTIMORE (WMAR) — A 22-year-old man has been charged for the January murder of a beloved Baltimore restaurant manager.

Samuel Wise is accused of shooting 44-year-old Chesley Patterson to death during a robbery attempt outside a liquor store.

Patterson was the general manager at La Scala restaurant in Baltimore’s Little Italy for 14 years, and had just gotten off work when he was shot.

According to charging documents, Wise and another man went on a robbery spree the night of January 23. 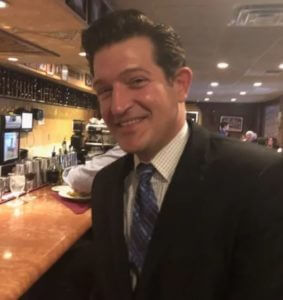 Within 12 minutes, they allegedly assaulted and robbed two other people before cornering Patterson.

The description of the main suspect was the same in each incident, a passenger traveling in a gold Honda Odyssey Van wearing a black hooded sweatshirt with white logo, armed with a black handgun.

Later that night after the murder, police noticed the van at a gas station in South Baltimore. It fled when officers tried pulling it over, but was later found abandoned.

Crime scene technicians discovered finger prints on the passenger door, that turned out to be Wise’s.

During an initial interview, Wise admitted to being the passenger in the gold van the night of the murder.

He also gave investigators permission to look in his phone.

A forensic examination revealed text conversations between Wise and his girlfriend, as well as another individual. 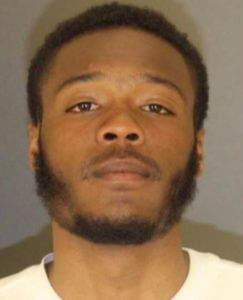 In the text thread with his girlfriend, Wise writes in one message “I’m robbing.” About 22 minutes later, she pinged his phone, which gave officers his location.

The next morning, the other individual sent Wise a photo from the murder scene, to which he responds “that was us geeking.”

The following day, Wise messaged his girlfriend that he’s ready to “get booked for a f—ing murder.”

Wise was officially taken into custody on April 12, and according to police tried to escape while being interviewed by detectives at headquarters. He’s currently waiting to see a court commissioner.

This story was originally published April 13, 2022 by WMAR in Baltimore, an E.W. Scripps Company.