DUNDALK, Md. (WMAR) — In Maryland, Melvin Joseph Tucker has been convicted of sexual abuse of a 7-year-old boy.

Tucker, 34, was a baseball coach for the young boy of the baseball program within the Arbutus Recreation Council. 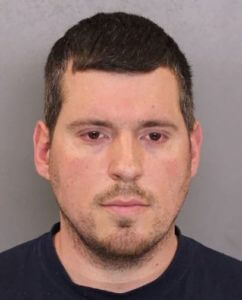 According to a release from the Baltimore County State’s Attorney Office, Tucker utilized his status as a coach to befriend one of the members of his team and invited him over to his house for sleepovers.

“During the second occasion that this young boy was at the home, Tucker sexually abused him. It started as the child was asleep,” according to the prosecutor Lisa Dever.

The case was tried before a jury and resulted in convictions for Sexual Abuse of a Minor, Second Degree Rape, and Third Degree Sexual Offense.

Tucker faces a minimum of fifteen years in prison and up to life imprisonment for the charges.

A sentencing date has not been released.