FORT WORTH, Texas (AP) — A man stopped his capital murder trial Tuesday with a guilty plea to the 1974 killing of a 17-year-old Texas girl.

Glen McCurley, 78, of Fort Worth, was immediately sentenced to life imprisonment for the abduction, torture, rape and killing of Carla Walker. 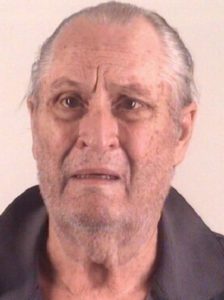 Prosecutors had said they would not seek the death penalty for McCurley, who admitted to police that he had killed Walker. A video recording of that interview was played for jurors.

The Fort Worth high school student was in a car with her boyfriend outside a Valentine’s Day party at a bowling alley the night of Feb. 17, 1974, when a man pistol-whipped the boy and grabbed Walker. Her body was found three days later stuffed in a culvert near Lake Benbrook, which is near where the abduction happened.

McCurley had been one of a number of people under suspicion since the crime occurred, but investigators had been unable to link him definitively to Walker’s death.

The case had gone unsolved for 46 years before investigators reopened it in 2019. Only when DNA technology advanced to the point where a complete genetic profile could be developed from evidence gleaned from the girl’s clothing could a solid link be made and McCurley be charged a year later, police had said.