BALTIMORE (WMAR) — A Maryland man has pleaded guilty in federal court to kidnapping a woman he trafficked for sex.

In October of 2018, Joshua Lankford, 33, allegedly recruited a young woman to prostitute.

Lanford apparently knew she was addicted to heroin and withheld drugs from her if she didn’t make enough money for him . 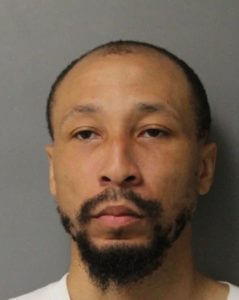 When the victim tried escaping, Lankford and three others drove her to a rural area on Maryland’s Eastern Shore where they beat, whipped, and choked her with a belt.

Afterwards they drove her to a hotel in Delaware to engage in more sex for money.

Lankford was arrested two days later and told officers that he deleted everything on his cell phone knowing he’d be charged.

While in jail he told one of his co-defendants that he intended to kill the victim to prevent her from testifying against them at trial.

“Joshua Lankford’s crimes are nothing short of horrific; he kidnapped and victimized a vulnerable woman then plotted to kill her in order to save himself,” said Special Agent in Charge James R. Mancuso of Homeland Security Investigations Baltimore.

If the judge accepts, Lankford would spend 17-years behind bars under his plea deal. Sentencing is scheduled for April 29.

The other two people involved have also pleaded guilty.

This story was originally published Feb. 10, 2022, by WMAR in Baltimore, an E.W. Scripps Company.