DENVER (KMGH) – The remains of Rita Gutierrez-Garcia, the woman who went missing in March 2018 after a night out at a bar in Longmont, Colorado have been recovered and formally identified, the Boulder District Attorney’s Office and Longmont Department of Public Safety announced Thursday.

Additionally, the man charged with her kidnapping and murder, Juan Jose Figueroa, will plead guilty in the case, according to prosecutors. He is already serving a sentence of 93 years to life in prison after he was convicted in a separate attempted murder and sex assault case. 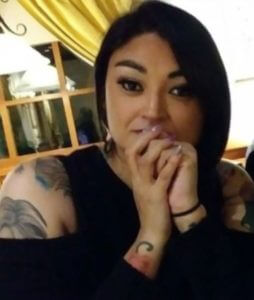 Rita Gutierrez-Garcia went missing from near a bar in Longmont on St. Patrick’s Day 2018. (Denver7)

Gutierrez-Garcia, a mother of three, disappeared early in the morning of March 18, 2018, from the parking lot of 3’s Bar in Longmont. She was last seen by her cousin and an acquaintance around 2:30 a.m. that morning.

Figueroa was long considered a person of interest in her disappearance, but he would not be formally charged until he was indicted by a grand jury last June on counts of first-degree murder after deliberation, felony murder and second-degree kidnapping.

The indictment and probable cause statement provided by the district attorney’s office say Figueroa knowingly kidnapped and killed Gutierrez-Garcia and that the two had been inside the same nearby bar at one point in the night and in the same area when she was last seen.

Figueroa’s truck was seen driving after 3 a.m. and Gutierrez-Garcia’s phone was traveling on the same path, according to the documents. Dispatch received a 911 hang-up call from her phone at 3:07 a.m., but called back twice and got no answer. It went off the network three minutes later.

Figueroa had been arrested in the other sex assault and strangulation case from 2017 but fled to Texas and Mexico after he was named in court documents in that case.

A Colorado Bureau of Investigation search of Figueroa’s truck found DNA consistent with Gutierrez-Garcia’s inside the truck. According to the indictment, Figueroa also allegedly admitted to a fellow cellmate he had strangled Gutierrez-Garcia and disposed of her body before he went to his sister’s house around 8 a.m. on March 18, 2018. The documents said Gutierrez-Garcia called him a “weirdo” and that he punched and strangled her before killing her. 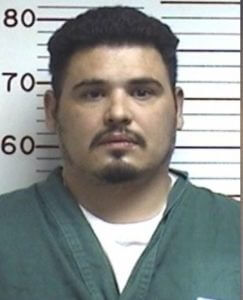 According to the cellmate, Figueroa had said Gutierrez-Garcia’s body was “in an area not accessible to the public.” A recording of a jail call showed Figueroa talking about burning his clothing and cleaning his truck to avoid detection.

The news release from prosecutors and police issued Thursday said that after Figueroa was indicted without Gutierrez-Garcia’s body being found, and with the trial set to start in May, they had been pressing to find her remains.

The release says they were told the “exact location” of her remains, and on April 28, they went with coroner employees from Boulder and Weld counties to search an area east of Longmont, in Weld County.

“Human remains were recovered from the location that had been provided. No identification or property was found at the site,” the release says. “That evening, our team met with Rita’s mother and sisters to inform them that the remains were likely those of Rita.”

The remains were submitted for DNA analysis, and preliminary results that came back Thursday confirmed they were those of Gutierrez-Garcia, according to prosecutors and police.

The district attorney’s office and police said one of Rita’s sisters, relieved, told them, “This is no longer a missing person investigation.”

The DA’s Office and Longmont police said they were “grateful to bring Rita home to her family.”

Figueroa’s next court date is now set for June 3, at which he is both expected to plead guilty in the case and be sentenced. Prosecutors said the case will no longer go to trial and that they would answer more questions after the June 3 hearing.

Dianne Romero, Gutierrez-Garcia’s mother, thanked Longmont police and the district attorney’s office for their work on the day the indictment was announced, as well as the press that has followed the story.

“So, I’d just like to thank everyone. Thank you,” she said, going on to say the family was grateful for the indictment but that it has been a hard road that won’t get easier until the case is resolved and her daughter is found.

“It is a joyous day. I’ve been praying for this day, so God has given this to me. But at the same time, it’s heartbreaking because I still don’t have my daughter,” Romero said. “There’s still a road to be traveled. And we’ll get there. We’ll get the justice that we’ve been wanting. I’m still praying, and I know the Longmont Police Department has not given up on the fact that my daughter will be found.”

This story was originally published May 19, 2022 by KMGH in Denver, an E.W. Scripps Company.