CLARKSVILLE, N.Y. (WKBW) — An Allegany County man accused of killing his parents in 2019 has pleaded guilty to murder and manslaughter. 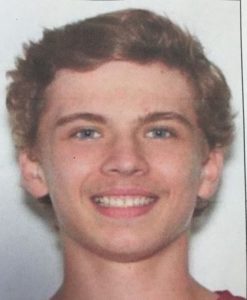 In November 2019 two bodies were discovered following a house fire in Allegany County. New York State police then announced a search for William Larson Jr., who was 17 years old at the time, due to his connection to the fire. He was at the scene as firefighters battled the fire, but he left the scene before police arrived. He was taken into custody later in the day.

The next day, police identified the two bodies found in the fire as 67-year-old William S. Larson Sr. and 50-year-old Lisa Larson. William Larson Jr. was arraigned on two counts of second-degree murder and two counts of first-degree manslaughter.

According to the Allegany County Supreme & County Courts Clerk, Larson Jr. pleaded guilty on Monday to second-degree murder in the death of Lisa Larson and first-degree manslaughter in the death of William Larson Sr.

A hearing on sentencing parameters is scheduled for January 17, 2023.

This story was originally published Oct. 25, 2022 by WKBW in Buffalo, an E.W. Scripps Company.