PATASKALA, Ohio (Court TV) — An Ohio woman is facing legal woes after breaking her Scout’s honor and getting caught with her hands in the cookie jar. 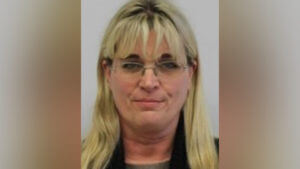 Girl Scout troop leader Jill Gauthier is accused of stealing $125,000 from cookie sales and event fees, according to the Ohio General Attorney’s Office. Parents of the troop members contacted the authorities after becoming concerned about Gauthier’s “use of the funds,” which she was allegedly taking for personal expenses.

Ohio Attorney General Dave Yost said, “She was literally caught with her hand in the cookie jar — an adult-size jar that should carry an adult-size timeout in a place with locking doors and barred windows…How many boxes of Thin Mints will her troop need to sell to make up for her betrayal?”

Investigators say she had been stealing money for about five years. She’s facing one theft charge, a fourth-degree felony.