MILWAUKEE (WTMJ) — The parents of one of the men shot and killed by Kyle Rittenhouse during protests in Kenosha last year are suing the Kenosha Police Department and Kenosha County Sheriff’s Department, claiming law enforcement allowed Rittenhouse to harm peaceful protesters in the wake of the police shooting of Jacob Blake.

John Huber and Karen Bloom filed the constitutional civil rights lawsuit in federal court Tuesday. Their son, Anthony Huber, was one of two men shot and killed by Rittenhouse last August. One other person was also hurt in the shooting. 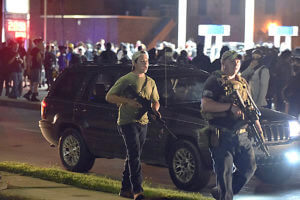 “After he had killed and maimed multiple individuals, Kyle Rittenhouse walked up to a dozen Kenosha police officers, assault rifle in hand, with crowds yelling that he had just killed innocent people. What did the police do? They spoke to him and let him walk away,” said Huber family attorney Anand Swaminathan. “Make no mistake: if Kyle Rittenhouse had been Black, or had been wearing a Black Lives Matter t-shirt, there is no way on God’s green earth he would have been allowed to walk away. More likely he would have been shot dead in the street.”

“While we understand that the family of Anthony Huber is grieving his loss, we must make it clear that the allegations against Sheriff Beth and the Kenosha Sheriff’s Office are demonstrably false and that the facts will show that Mr. Huber’s death was not caused by any actions or inactions of Kenosha County law enforcement,” according to a statement from Hall.

The lawsuit alleges that the police invited Rittenhouse and other armed individuals to “patrol the streets with deadly weapons to mete out justice as they saw fit,” according to a news release. 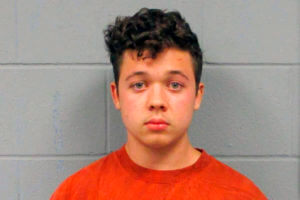 “The police are supposed to serve and protect,” Anthony’s father, John Huber, said in a statement, “but that’s not what the Kenosha police did. They walked away from their duties and turned over the streets of Kenosha to Kyle Rittenhouse and other armed vigilantes. If they had done their job, my son would still be alive today.”

Anthony Huber’s mother, Karen Bloom, said in the news release that the lawsuit is about both justice for her son, as well as his legacy.

“After Anthony’s death, there will always be a hole in my heart. But his memory lives on, and I will never stop telling his story,” Bloom said.

This story was originally published August 17, 2021, by WTMJ in Milwaukee, an E.W. Scripps Company.