THORNTON, Colo. (KMGH) — A man accused of trying to abduct a child from a Colorado school last week was identified to police by his parents, according to a newly-released affidavit. He is also linked to another kidnapping and attempted sexual assault case, according to the documents.

The Thornton Police Department confirmed Diego Gettler, 28, was arrested Monday and charged with attempted second-degree kidnapping for his alleged involvement in an incident outside of STEM Launch in Thornton, Colorado. 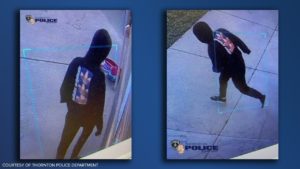 Gettler allegedly grabbed and tried to remove a 10-year-old female student from the area. The district said the student told adults after she was able to fight the person off, who then ran away.

STEM Launch K-8, Federal Heights Elementary and Hillcrest Elementary students had to be picked up at school and were not able to leave without being reunified with a parent, guardian or identified person at pickup.

The man was described as 5-foot-8, thin, with blonde hair, and driving a 2008 Saturn Aura.

According to the affidavit, Gettler’s parents walked into Thornton Police HQ on Monday and told investigators that they believe their son matches the description released by police and told police he drives a Saturn Aura.

The parents told police Gettler has mental health issues and sleeps in his car, the affidavit said. With this information, investigators were able to track his car to a Parker Home Depot store using a GPS device placed in his vehicle from the dealership he purchased it from. 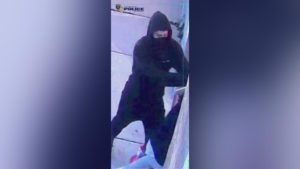 Police found the suspect inside the Saturn parked in a Home Depot parking lot and made an arrest. He was booked into the Adams County Jail.

Police in the affidavit said Gettler is linked to a 2020 incident in Lakewood, Colorado. He was questioned and released but never charged in a kidnapping and attempted sexual assault case.

In the Lakewood case, the suspect allegedly grabbed a 17-year-old girl from Westgate Elementary School and told the victim “I am going to rape you now,” the affidavit said.

The suspect touched the girl’s breasts and buttocks before she was able to get free and run away. The suspect took off, the affidavit said.

Gettler was also arrested on charges of vehicular eluding, reckless driving and resisting arrest in April of this year. The arrest stems from an alleged disturbance involving his mother, according to documents.

Gettler was apparently upset at his mom over a photo of him as a child and acted aggressively toward her, an affidavit said. Police were called and he took off but was later arrested.

This story was originally published Sept. 27, 2022 by KMGH in Denver, an E.W. Scripps Company.