ATLANTA (AP) — Silento, the Atlanta rapper known for his hit song “Watch Me (Whip/Nae Nae),” was arrested Monday and charged with murder in the shooting death of his 34-year-old cousin, authorities said. 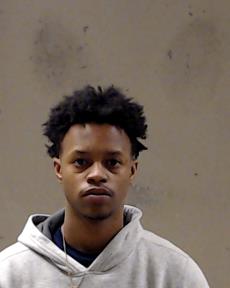 DeKalb County police said in a statement on Twitter that the 23-year-old rapper whose legal name is Ricky Hawk was arrested in that suburb of Atlanta. The police statement said he is in the county jail, charged with murder in connection with the Jan. 21 death of Frederick Rooks.

The statement didn’t elaborate on the circumstances of the death or Hawk’s arrest.

The Atlanta Journal-Constitution reported that Hawk was being held without bond late Monday.

The newspaper had reported previously that police responded to a call of shots fired on Jan. 21 about 3:30 a.m. in the community of Panthersville in DeKalb County. The newspaper cited police as saying officers found Rooks dead with multiple gunshot wounds that night.

It wasn’t immediately known if Hawk had an attorney who could comment for him. His manager did not immediately respond to an emailed request for comment Monday night.